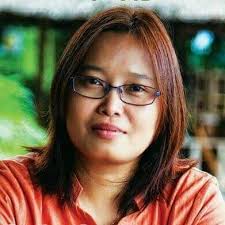 Myanmar’s shadow National Unity Government (NUG) call on Tuesday for a war against the military regime generated mixed reactions. While the majority of Myanmar people, who have endured the regime’s atrocities such as arbitrary killings, arrests and indiscriminate shootings, heartily embraced the announcement of ‘the nationwide revolt’, the international community was not impressed.

On Tuesday, the UK’s ambassador designate to Myanmar, Pete Vowles, tweeted that “the UK supports peaceful efforts to restore democracy in Myanmar. We strongly condemn the junta’s coup and brutality; we call on all parties to engage in dialogue”. This means that the UK, which has supported the anti-regime movement since the coup, does not support the NUG’s call for a war to topple the junta. Echoing what the UK said, the US embassy in Yangon told The Irrawaddy that they encourage “all sides to be peaceful and to avoid an escalation of violence”, while continuing to push the regime to end all violence.

China, Myanmar’s biggest neighbor and one of the regime’s protectors at the United Nations Security Council, just repeated its unpractical old mantra on Myanmar, saying that “all parties and factions in Myanmar should find a proper way to address problems through political dialogue under the constitutional and legal framework”.

The NUG’s Foreign Minister Daw Zin Mar Aung has her say on the reason behind the declaration of war, and offers her view on the international response and the controversial ceasefire request made by the Association of Southeast Asian Nations (ASEAN) special envoy for Myanmar.

What is the reason for the announcement of a nationwide defensive war and all-out revolt against the junta?

The [acting] president’s speech encourages the existing resistance movement to step up the momentum of its activities. Actually, the people have been acting in self-defense in their respective regions since before the NUG’s call for a war. The official announcement on Tuesday was a consequence of the diplomatic failures we have seen, because the international pressure and sanctions [on the regime] have proved to be ineffective in the seven months since the coup. So the call is an alert to the existing revolutionary movement.

What is the NUG’s response to the international community’s reaction to the announcement?

Some countries have asked why we announced it. Our answer is simple. We have people who are continuing the peaceful protests under the leadership of the strike committees, as well as the Civil Disobedience Movement (CDM) against military rule. The CDM and the non-violence movement aren’t stopping, while our political efforts [to get recognition and to reject the military regime] via international pressure and diplomatic channels will continue. But these efforts are not enough. Therefore, we have to put some momentum into the resistance movement. This is not a shift from a non-violent movement to violence. It is just that we will use all possible means to restore democracy.

What is the NUG’s stand on dialogue with the regime?

The international intervention was sluggish. It took four months to appoint an ASEAN special envoy. During those four months, the number of civilian deaths and civilian arrests rose from the hundreds to the thousands. They could not even pressure the military’s State Administration Council to allow the ASEAN special envoy to visit Myanmar. Our people are too frustrated. We, the NUG, have a responsibility to reflect our peoples’ voices and suffering. Our call for a war is our response to the depressing lack of action by the international community.

What is the NUG’s position on the ASEAN special envoy’s proposal of a four-month ceasefire?

The envoy did not directly talk to us about the proposed four-month ceasefire. As far as we understand, the ASEAN special envoy is trying to visit Myanmar and has requested to meet all relevant stakeholders, including detained State Counselor Daw Aung San Suu Kyi and President U Win Myint, strike committees, ethnic groups, the Committee Representing Pyidaungsu Hluttaw and the NUG. That has been ASEAN’s five-point consensus and we understand that ASEAN is trying to implement it.

Regarding the call for a ceasefire [until the end of this year], it is totally dependent on the regime as they are the ones who have been shooting civilians. People would not need to respond with defensive acts if the regime stopped attacking them. Our peoples’ actions in self-defense are the result of the military’s attacks against civilians and treating them as if they are an enemy on the battlefield. The junta has the sole responsibility and it must hold its fire.

The junta’s spokesperson has accused the NUG of inciting instability. What is the NUG’s response to that?

The NUG’s Defense Ministry has strictly instructed all the People’s Defense Forces (PDF) to follow its code of conduct. That is also publicized to make sure that the PDF’s under the NUG’s command abide by those instructions. I think people will not worry [about the NUG’s announcement on war]. They all know who is indiscriminately shooting passers-by, children and pregnant women. The reason the PDF’s were formed was because of the military’s aggressive actions. Instead of protecting the public, the military is treating the people as the enemy.

Targeting civilians is not the policy of the NUG or the PDF’s. Professional armed forces don’t go on killing sprees and commit indiscriminate attacks. The PDF’s are the first step towards changing Myanmar’s whole security sector, which has been in ruins for decades under previous military regimes as well as the current one.

Regarding the NUG’s call for a war, I think the people are excited rather than worried. They have been waiting for this day and some have said that the NUG’s declaration should have come earlier. The NUG has no responsibility for the instability in the country. It’s the coup leaders who created the instability in the country by seizing power and overthrowing the civilian government on February 1.