Thailand to crack down on Myanmar opposition and refugees 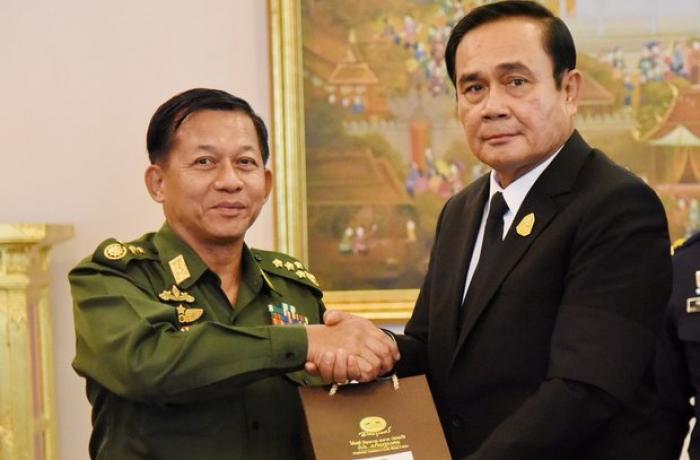 Bangkok (AsiaNews) – Tensions and conflicts in Myanmar have historically found an echo in Thailand. Now however the Thai government plans to leave no room for the adversaries of Myanmar’s military regime.

In the past, during Myanmar’s long military dictatorship, Thailand has been a place of refuge for opponents. Now Thai authorities want to identify and arrest those who are illegally in the country and oppose the military junta in power in Myanmar.

Furthermore, the Thai government informed foreign embassies in Bangkok that only a few people seeking asylum in the country will be accepted and for a limited period of time, as long as the international community provides funding.

This is the usual line adopted by Thai authorities; however, for decades, Thailand accepted a large number of Myanmar refugees, mostly ethnic Karen, putting in them in nine camps along the border.

At present, they number around 130,000, many of them Thai-born, generally integrated into local communities despite the lack of rights and documents that would allow them, for example, to freely move and have access to educational, health and welfare services.

Following the election of a democratic government in Myanmar, Thailand started however to encourage their return.

Likewise, Thai authorities remained relatively tolerant towards Myanmar dissidents until recently, granting them some freedom of action against their country’s dictatorship, provided it did not involve weapons.

This included independent mass media, which were for a long time the primary source of information on Myanmar under military rule as well as during the civilian government led by Aung San Suu Kyi.

Recently, the situation has soured and could get worse after Myanmar’s self-styled government-in-exile called for military action against the ruling junta.

For Thailand in fact, the prospect of a new massive influx of refugees on the western borders remains a frightening possibility, especially in view of the pandemic situation.

Now, increased restrictions must be seen in terms of the closer relations between the militaries of Thailand (also in power albeit in a civilian cloak) and Myanmar, as well as the personal relationship between Thai Prime Minister Prayut Chan-ocha, a former coup general, and the leader of Myanmar’s military junta, General Min Aung Hlain.