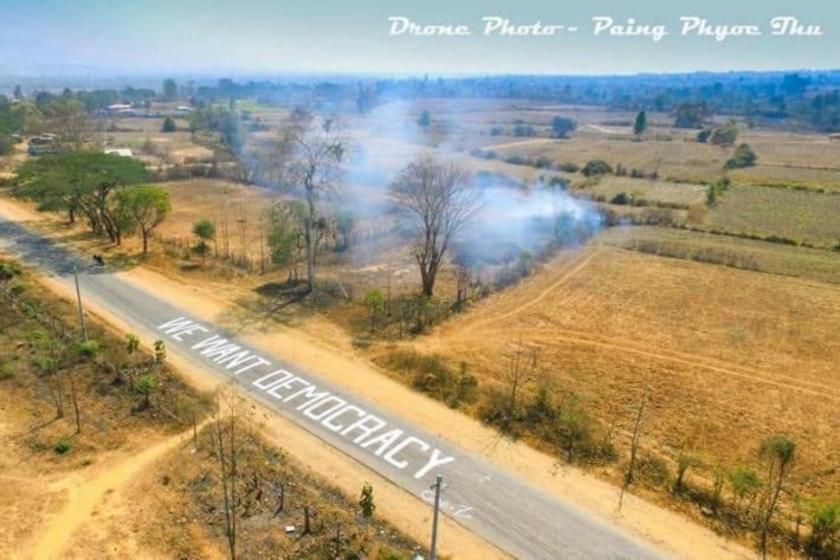 Locals found the bodies of five more villagers killed in Magway Region’s Gangaw Township this week, presumably by junta troops who have been occupying this area of northwestern Myanmar since September 9.

At least three of the bodies showed signs of torture, according to eyewitnesses. Oo Thu, age 30, and Maung Shwe, 50, were found on Monday just south of their home village of Hmwae Lal, 50km from Gangaw town. Their bodies were bruised and they had been shot in the stomach.

Another body of a 30-year-old man with an intellectual disability was found on Tuesday and had been visibly mutilated, according to a local. He was also from Hmwae Lal.

The three villagers went missing on September 11 when the junta soldiers who occupied Hmwae Lal that day arrested them, the local said. The troops moved on to station themselves in other villages the following day.

The bodies of two men in their 20s from Yae Shin—15km from Hmwae Lal—were also found on Tuesday afternoon in the forest outside their village. They were identified as Naing Lin Tun and Phoe Phyu, who had gone missing while returning to Yae Shin from Gangaw on September 12.

“They were working in Gangaw. One of them worked as a helper on buses. The other was a construction worker. They were coming back home from work when they ran into the soldiers,” a Yae Shin local told Myanmar Now.

Citing eyewitnesses, he added that 400,000 kyat (US$218) in cash and the two men’s mobile phones were missing and the motorcycle they had been riding had been burned and destroyed.

The men were cremated on the same day they were found.

None of the five victims were involved in the anti-dictatorship movement, according to the local sources, who also said they believed the military council’s troops were responsible for the killings.

All Myanmar Now’s calls to the junta’s spokesperson regarding the murders went unanswered.

On Wednesday morning, resistance forces from the Yaw region of Magway—an area comprised of Gangaw, Htilin and Saw townships—calling themselves the Yaw Defence Force (YDF) ambushed the junta’s troops stationed in the village of Kyauk Pyoke, according to a spokesperson from the group. Kyauk Pyoke is located some 30km from Hmwae Lal in neighbouring Sagaing Region’s Kalay Township on the east side of Myittha River.

The YDF collaborated with a Kalay-based guerrilla force to carry out the attack and reportedly killed six soldiers and injured one.

“All of our troops came away unscathed. The military units have been patrolling the area around the village. We caught them by surprise,” he told Myanmar Now.

Since Monday, the troops had been occupying Kyauk Pyoke and Kyaukse—also in Sagaing—after the Kalay-based guerrilla force ambushed their convoy and killed two soldiers near the villages.

Following the National Unity Government’s September 7 declaration of war on the coup regime, the military intensified their attacks on villages in the Yaw region in an effort to crush the armed resistance and local support for it.

From September 9 until 14—the first six days of the junta’s terrorisation of Gangaw—locals have said at least 25 civilians were killed and almost 100 houses were burned down.

Military units raided the village of Thar Lin on the morning of September 9, then clashed with local resistance forces as they attempted to occupy Myin Thar village, resulting in the deaths of 18 locals, including multiple teenaged minors.

Once the troops took Myin Thar, they reportedly burned down some 20 homes in the village.

On both September 11 and 13, the junta raided Hnan Khar village on the Kalay-Gangaw road, and burned down nearly 50 homes.

On the day between the two raids on Hnan Khar, September 12, soldiers ransacked Htei Hlaw village, killing a member of the People’s Defence Force (PDF) and a 55-year-old man. They also reportedly set fire to 27 homes.

In Kyaukse, a village on the border between Gangaw and Kalay Township in Sagaing Region, junta troops burned down two homes and killed two elderly people who had been seeking refuge from the violence in a monastery.

Local PDFs have said that the military council has suffered dozens of casualties in attacks by resistance forces.

The junta has not made a statement on the matter.

According to the Assistance Association for Political Prisoners (AAPP), as of September 14, there have been at least 1,089 civilians killed at the hands of the military council since the February 1 coup.

The military council has dismissed the AAPP’s figures as exaggerated.