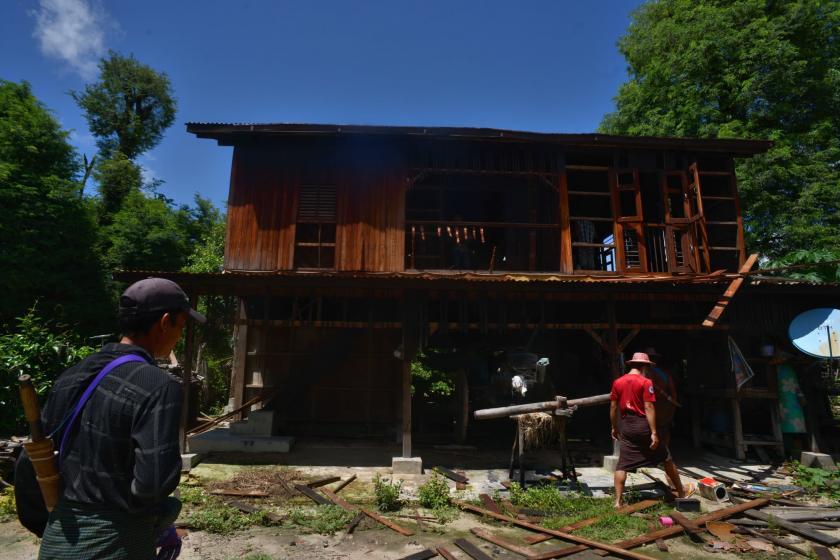 An unidentified group of armed men shot and killed an entire family of five, including a 12-year-old boy, following accusations that some of its members had helped junta soldiers during a raid on the village where they lived.

The leader of the Taze People’s Defence Force (PDF) told Myanmar Now his group was not responsible for the killings. “The attack was not carried out by us. We are just trying to fight the military dogs,” he said.

San Win and one of his sons helped soldiers who stormed the village in August, killing several residents and destroying homes and property, the PDF leader said. He did not specify which son.

“The father and the son worked as guides when the junta’s army was clearing the area, but I don’t know why all five were killed,” he added.

The family lived about two miles west of the village on land containing a small gold mining block.

“When the soldiers came, they were the ones who provided support. It looked like their children were among those who destroyed houses in the village,” said a resident of Kar Paung Kya.

“They were very friendly to the informants of the village. Word had gotten around that they had bought weapons,” said another resident.

Three others were killed in the village in May and August for allegedly informing the junta about dissidents. Residents fear that the army will raid the village again in retaliation for the latest killings.

Many of Kar Paung Kya’s 3,000 residents fled during the August raid, in which three people went missing, four were shot dead, and 10 houses were destroyed. The village, which has about 800 houses, is a local stronghold of the movement to topple the junta.

In June, three former local administrators in Taze were killed after being accused of acting as military informants.