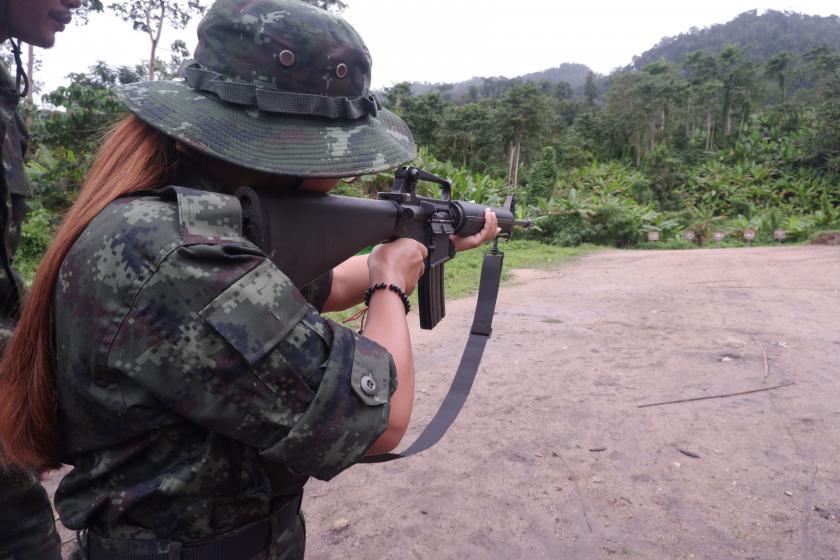 The Myanmar army reportedly suffered heavy casualties during a clash with a joint force made up of troops from the Kachin Independence Army (KIA) and local People’s Defence Force (PDF) Sagaing Region’s Katha Township on Monday.

The KIA-PDF alliance attacked the junta’s armed forces in the Moedar area, adjacent to Kachin State and located on the banks of the Irrawaddy River.

Around 40 junta soldiers were killed by the resistance force but neither the KIA nor the PDF suffered casualties, according to a statement released by the defence ministry of the National Unity Government (NUG) later that day.

The NUG did not respond to Myanmar Now’s request for comment.

The military council did not publish any information on the fighting in Katha.

“I only heard that the wounded soldiers were being treated,” he told Myanmar Now on Tuesday, adding that the junta’s armed forces had withdrawn from the area where the battle took place.

The Katha-based chapter of the PDF issued a statement on Monday requesting that the public and news outlets refrain from posting about the clash on social media, and to wait for official updates released by the NUG’s defence ministry.

They also urged people to exercise caution when travelling along the Katha-Bhamo road.

The KIA and local PDF groups have previously collaborated in attacking the Myanmar army in Katha, allegedly killing some 180 junta troops during a week of fighting in July.

Fighting has intensified in multiple areas across Myanmar since the NUG’s declaration of a full-scale “resistance war” on September 7, including in Sagaing and Magway regions and Chin State.