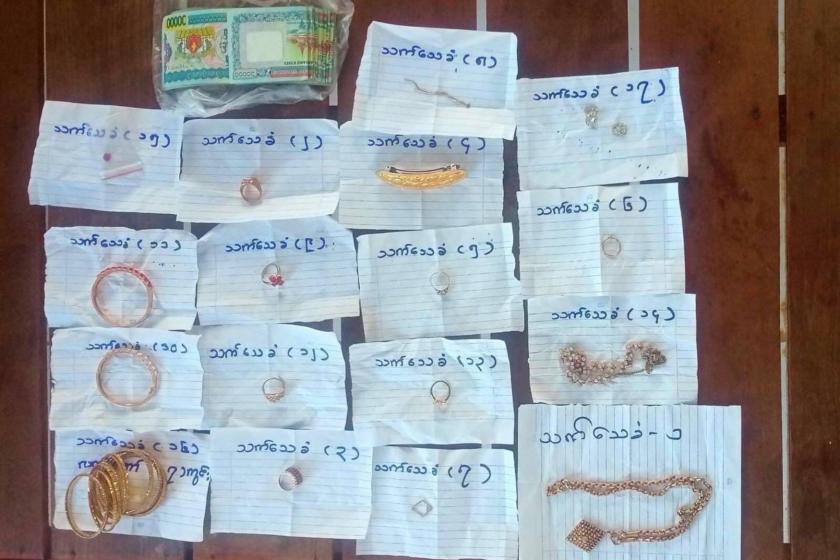 Villagers from Tinthar, Doenwe, Kyauk Pyote, Inn Kyun and Kokko tracts had come to the Kalay PDF with their grievances about the group, according to a Kalay PDF spokesperson, who did not elaborate on the complaints.

The Informant Elimination Group had been accused of committing a range of crimes, including robbery, extortion, sexual assault, and extrajudicial killings, particularly of drug users.

“They would fine people 50,000 kyat (US$26) the first time they were caught doing drugs and they would kill them the second time,” the Kalay PDF spokesperson said. “The victims were not drug dealers. They were doing this to users. It’s not something people can just quit easily. This group was becoming quite problematic.”

Myanmar Now was unable to independently verify the claims about the group.

After issuing warnings to the Informant Elimination Group twice, the PDF raided their base in Kalay Township on September 26, killing the leader—a man known as Shine Thar—and capturing 20 members, the spokesperson said.

Motorcycles, believed to have been stolen by a small armed group, are confiscated by the Kalay PDF during a raid on their base (PDF-Kalay / Facebook)

The Kalay PDF released a statement on Thursday declaring that they had confiscated more than 1m kyat ($534) in cash, 10 motorcycles, and jewelry—all believed to have been stolen by the Informant Elimination Group. The statement said that the PDF would return the stolen property and funds to their original owners through community representatives.

The spokesperson for the PDF said that the members who were captured “want to serve under the PDF” and would be brought for training to other area chapters of the defence force.

Locals claimed that the armed group became active in late May in southern Kalay, initially assassinating alleged junta collaborators, but later murdering people in the name of an anti-drug movement.

“A drug addict from our village was killed by them. They caught him in Tintha and killed him without notifying the village. We couldn’t do anything about it because he was captured in another village,” a resident of Doenwe said.