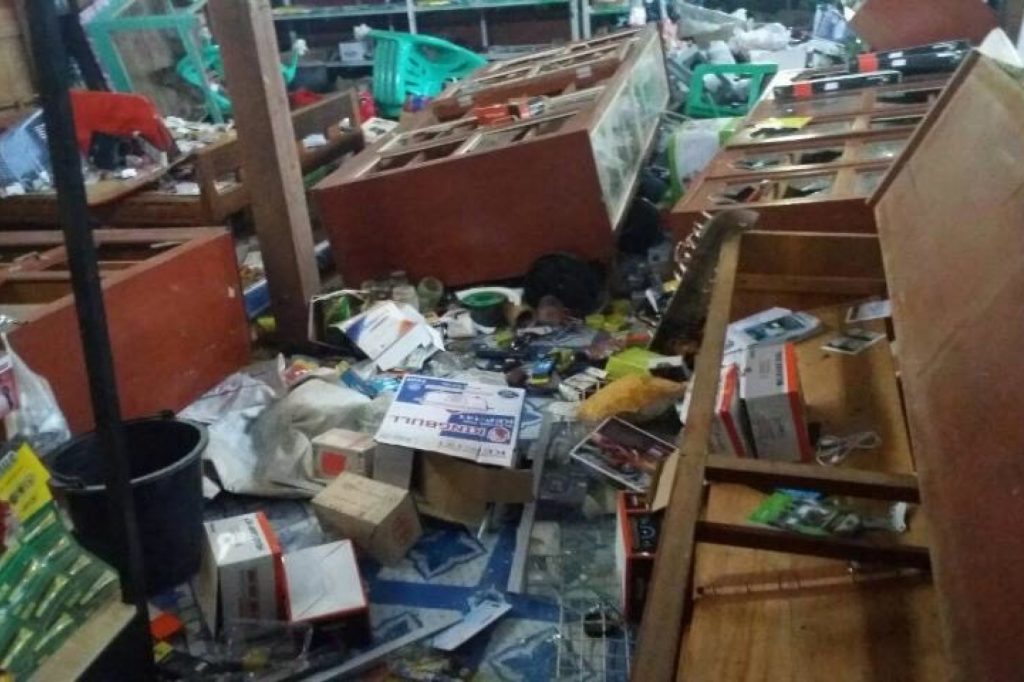 Junta forces have arrested three 15-year-olds in Sagaing Region after being unable to find the people they wanted to arrest during raids targeting National League for Democracy (NLD) members, locals said.

The children were among 13 civilians detained in the town of Htigyaing on Thursday and Friday, just days after two abandoned police outposts in the area were burned down by fighters from the People’s Defence Force (PDF).

Two of the teenagers were arrested in the town’s 4th ward on Friday while playing video games after junta forces raided the house of an NLD supporter who goes by the name of Phoe Thae and were unable to find him, a source close to the NLD said.

On the same day, the wife and 15-year-old daughter of Hpone Kyaw, another NLD supporter in 1st ward, were taken into custody when he could not be found during a raid on his house, the source added. Of those arrested on both days, five were female and eight were male, he said.

The detainees were taken to the Htigyaing Township police station for interrogation, according to locals, who did not know the names of the children who were detained.

“They searched the whole town,” said a Htigyaing resident. “They especially targeted the NLD members and accused them of having connections to the PDF.”

They were unable to find Maung Maung but stole 150,000 kyat and some jewelry from his house and stashed it at a local monastery where they were stationed, two Htigyaing locals said.

“They ransacked and destroyed the entire store,” another local said. “They pushed over the shelves in the store and took a generator.” They also stole three bags of rice, some batteries and clothes.

On Saturday, soldiers raided the village of Aletaw, one of the places where PDF fighters burned down a police outpost.

The Htigyaing PDF said in a statement the same day that junta soldiers have been riding in civilian trucks and passenger buses. The group warned civilians not to travel in trucks or buses between October 9 and 15 as it was planning attacks.

Over 30 local administrators have resigned in Htigyaing in recent weeks after the PDF threatened to assassinate them if they continued to serve the junta.