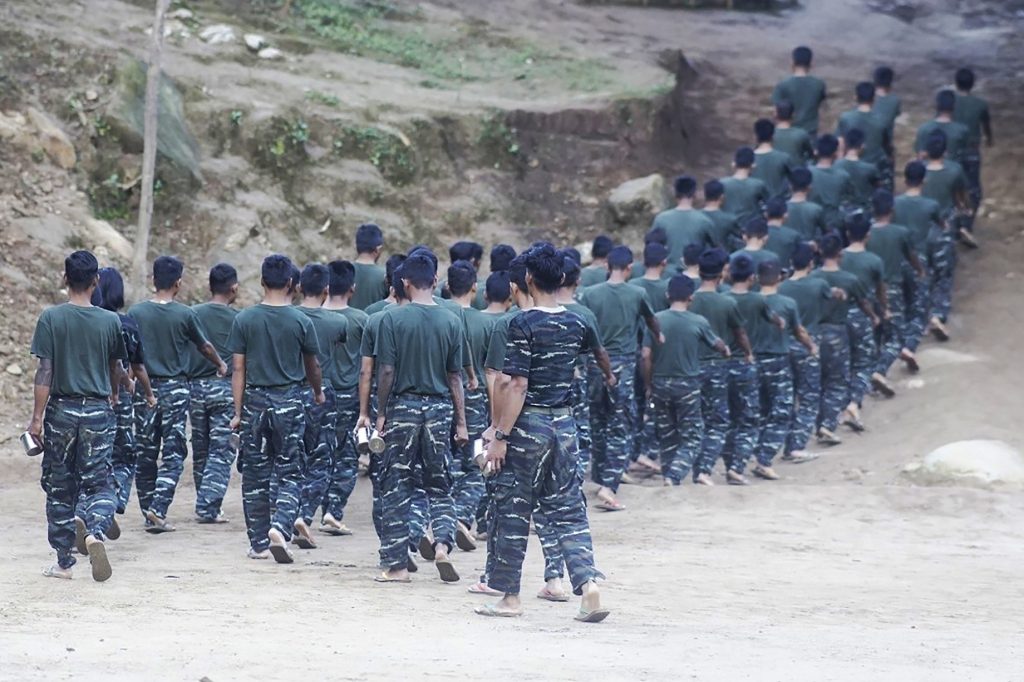 The Chaung-U PDF planted landmines in the township to target a military column traveling from Monywa on the Chaung-U-Pakkoku road just past Mahn Cho village at around 4pm on Monday, a leader of the anti-junta resistance group told Myanmar Now.

Two military vehicles were reportedly destroyed in the blasts, but the number of soldiers killed in the incident was unconfirmed at the time of reporting.

“They came to carry the bodies of their people back and then blocked the road so that we wouldn’t see how many of them died,” a leader within the Chaung-U PDF said. He added that the army vehicles crashed into one another due to the explosion, likely causing what he described as “many casualties.”

The junta’s roadblock went up to the Sin Phyu Shin bridge crossing the Chindwin River to Magway’s Yesagyo Township.

The Yesagyo PDF released a statement on Monday claiming responsibility for an attack on the military’s LIB 257 in Hpu Lon village in the township the night before. The group reportedly fired three rocket launchers at the troops’ location.

“We fired the rocket launchers into their base and they hit the building. We didn’t manage to find out the exact number of casualties as it happened within a military base and we’re using guerilla warfare,” a Yesagyo PDF leader explained. “We have to take every opportunity we get to attack them where their security is weak,” he said.

He added that the junta troops began shooting indiscriminately around the base after the attack but no PDF members were hit.

Myanmar Now was unable to independently verify the information provided by the PDF leaders at the time of reporting. The military council has not released any statements confirming the attacks on their troops.

Ten PDF chapters based in Yesagyo, Sagaing, Shwebo, Monywa, Chaung-U, Myaung, Ayadaw, Mawlaik, Myingyan and Myinmu townships agreed on August 31 to form an alliance to fight the Myanmar army, which has been terrorising villages in northwestern Myanmar in an attempt to crush support for the resistance movement.