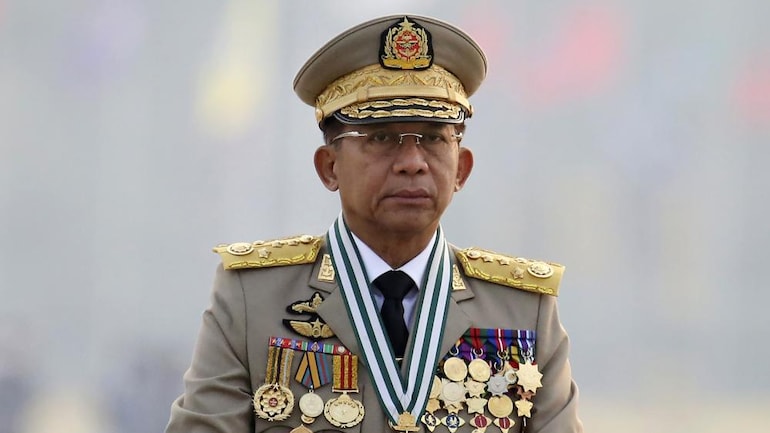 Asean has downgraded Myanmar’s participation in an upcoming summit in its sharpest rebuke yet of the country’s leaders following the military takeover in February.

Southeast Asian foreign ministers have agreed to downgrade Myanmar’s participation in an upcoming summit in their sharpest rebuke yet of its leaders following a Feb. 1 military takeover.https://imasdk.googleapis.com/js/core/bridge3.485.1_en.html#goog_781845595https://imasdk.googleapis.com/js/core/bridge3.485.1_en.html#goog_1777302269

The 10-member bloc has been under intense international pressure to do more to force member state Myanmar to halt the violence that has left more than 1,100 civilians dead and free scores of political figures, including ousted civilian leader Aung San Suu Kyi.

Asean foreign ministers held an emergency meeting late Friday after Myanmar refused to cooperate with the bloc’s crisis envoy, Brunei Second Foreign Minister Erywan Yusof. He was appointed in August to mediate in the crisis but abruptly canceled a trip to Myanmar this week after he was told he would not be able to meet with Suu Kyi and others as he wanted.

Myanmar contended Erywan could not meet with people facing legal proceedings such as Suu Kyi and deposed President Win Myint or with entities that have been declared illegal, Brunei said in a statement.

Suu Kyi and other top civilian leaders were detained in the army takeover. She faces various charges that her supporters and independent analysts say are an attempt to legitimize the military action.

The statement from Brunei said the Asean ministers were concerned about the impact of the Myanmar crisis on regional security and about the “unity, credibility and centrality of Asean as a rules-based organization.”

The bloc’s envoy must have access to all concerned parties, it said.

Members of the political opposition’s National Unity Government, which views itself as a shadow government, have asked to attend the Oct. 26-28 summit, it said.

“This was a difficult but necessary decision to uphold Asean’s credibility given the unsatisfactory and highly limited progress” to resolve the crisis, Singapore’s foreign ministry said in a statement.

Officials did not say who would be invited instead.

In handling Myanmar, Asean has been hamstrung by its bedrock policy of non-interference in the domestic affairs of member nations and its consensus decision-making. Some member countries such as Malaysia, Indonesia and the Philippines feel action is justified because major unrest in Myanmar could trigger regional instability.

Myanmar is widely seen as doing very little to honour its commitments, though it claims to have helped facilitate humanitarian assistance.

Letting Min Aung Hlaing attend the summit, which will take place by video, might be seen as recognition of the military takeover, which halted one of Asia’s most phenomenal democratic transitions after decades of military rule.

Among world leaders due to participate is President Joe Biden, who has condemned the takeover and authorized sanctions against Myanmar’s generals, their family members and associates.

The US, Australia, Canada, New Zealand, Norway, South Korea, the European Union and United Kingdom on Friday issued a joint statement of support for the Asean envoy. They urged Myanmar to work constructively with Erywan and let him meet with parties concerned.

“The military has so far been unwilling to productively engage with Asean to respond to the crisis in Burma,” US State Department spokesman Ned Price told reporters in Washington. “We continue to support those Asean efforts to press the regime and we continue to support a visit by the Asean special envoy.”