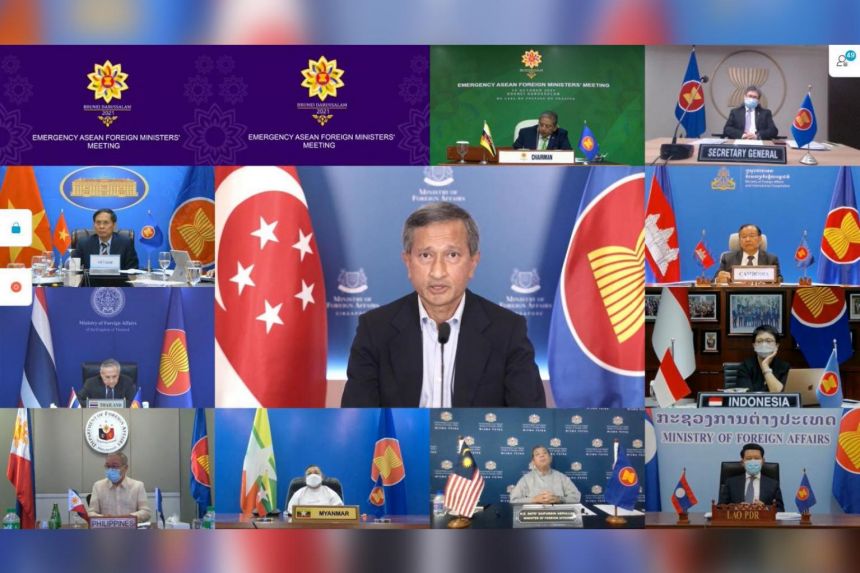 SINGAPORE – Singapore has voiced its support for a decision by Asean to invite a non-political representative from Myanmar to attend a summit later this month.

Asean’s current chair Brunei said a non-political figure from Myanmar would be invited to the Oct 26 to 28 online summit, after no consensus was reached for a political representative to attend it.

The decision was taken after an emergency meeting on Friday (Oct 15) among the bloc’s foreign ministers.

“This was a difficult but necessary decision to uphold Asean’s credibility given the unsatisfactory and highly limited progress in the implementation of the Five-Point Consensus,” said Singapore Foreign Minister Vivian Balakrishnan in a Facebook post on Saturday.

The Five-Point Consensus is a plan that Asean had put forward to the Myanmar junta in April to halt the violence in the country, send humanitarian aid there and put in place a process that would try to facilitate dialogue among all parties concerned.

So far, only the aid portion has been fulfilled.

In a statement on Saturday, a spokesman for Singapore’s Ministry of Foreign Affairs commended Mr Erywan’s efforts and reiterated its full support for his mission and Brunei’s Asean chairmanship.

“Singapore urges the Myanmar military authorities to cooperate with the special envoy to swiftly and fully implement the Five-Point Consensus,” the spokesman added.