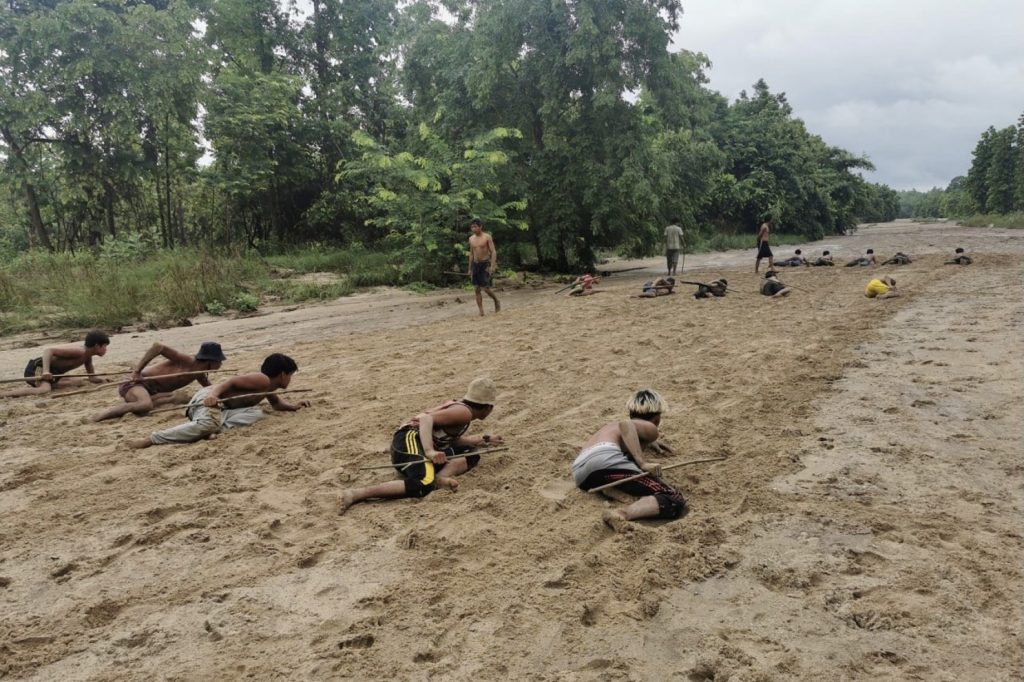 Two members of the Sartaung People’s Defence Force (PDF) were killed and one arrested when a military unit raided the group’s training camp in the forests of Sagaing Region on Sunday.

Some 30 junta troops reportedly used an ambulance and several motorcycles to ambush the camp at 5am, located three miles from the town of Sartaung.

“Myo Ko Ko was shot in the thigh and he decided to provide cover for his comrades so that they could escape. He was later shot in the chest and died. Zaw Htet Aung also died while covering for them,” Yakkha said.

He added that the remaining members of the group managed to escape to safety.

Zaw Htet Aung was a fifth-year student at the mechanical engineering department of Sagaing Technological University. The university’s student union also released a statement in tribute to him after he died.

“He always took part in the school’s volunteer work. He was also quite a quiet student,” the student union chairperson said.

The bodies of the slain PDF troops were reportedly taken by the military.

Yakkha condemned the military’s use of an ambulance to ambush his group.

“Ambulances are not supposed to be used as tools in battles. I consider this a war crime,” the leader of the anti-junta resistance group said, describing the act as a “despicable move.”

Military troops have used the rescue vehicles before in their raids. On July 28, a local man died in Aung Mingalar village in Sagaing Region’s Kani Township after being shot by soldiers who had arrived in an ambulance.