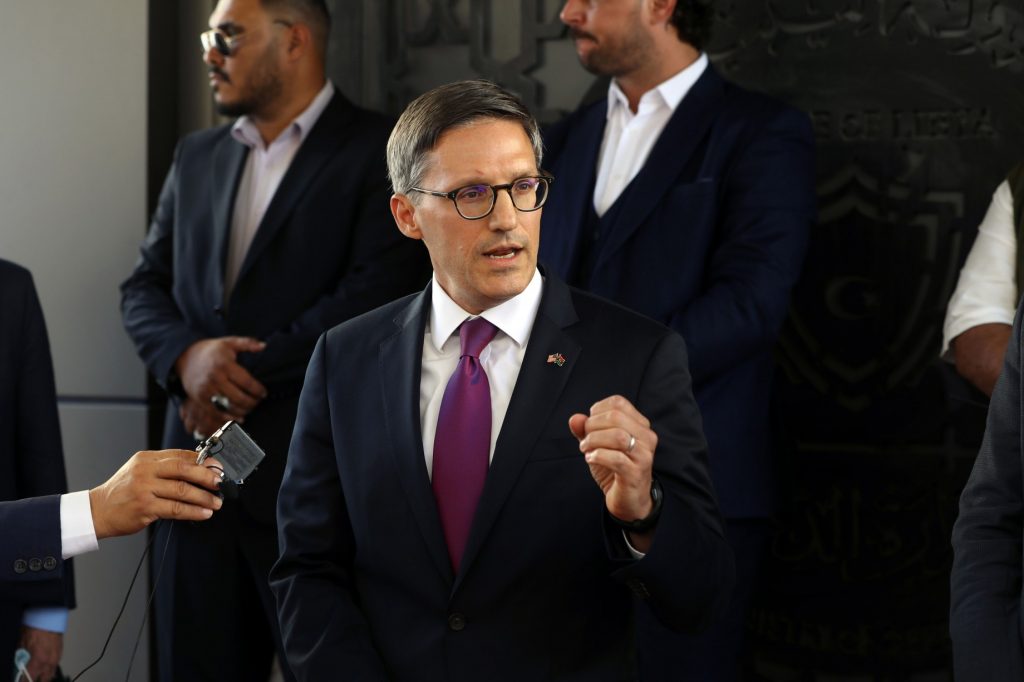 A top US government official urged Singapore to help restrict the Myanmar military’s access to foreign funds during a three-day trip to Southeast Asia this week.

State Department Counselor Derek Chollet made the request during a meeting with the city-state’s central bank during his visit, which he made with the aim of promoting a “return to democracy” in Myanmar.

Singapore is one of Myanmar’s largest foreign investors and its banks have been accused by activists of holding assets on the junta’s behalf.

Chollet’s delegation stopped in Thailand, Singapore and Indonesia—all members of the Association of Southeast Asian Nations (ASEAN), which recently opted to exclude Myanmar coup leader Min Aung Hlaing from its annual summit at the end of October.

The move by the regional bloc was “completely justified and warranted given the circumstances,” Chollet said in a teleconference with journalists on Thursday.

On Wednesday he tweeted that he had a “productive meeting” with the deputy managing director of the Monetary Authority of Singapore (MAS), as the central bank is called, and discussed “ways to limit the Burmese military regime’s access to overseas financial assets.”

“Singapore has significant financial leverage over the regime, and we discussed how we can partner effectively to wield it,” Chollet said in Thursday’s briefing, adding that the country has a “very, very important role to play.”

The activist group Justice For Myanmar (JFM) on Wednesday published a legal memorandum it had commissioned that said the MAS could be held liable for allowing business transactions with Myanmar’s military to take place through Singapore’s stock exchange.

The memorandum, produced in partnership with the Australian Centre for International Justice, said the Singapore Exchange (SGX) itself could also be liable, along with the country’s government.

It focuses on the SGX listing of investment holding company Emerging Towns & Cities, which made a multimillion dollar deal with the Myanmar military to develop the Golden City mixed use complex in Yangon.

Multiple business entities could be implicated in an investigation into the financial ties between the two countries, JFM spokesperson Yadanar Maung said in a statement.

She noted that the SGX, MAS and Singapore’s government could “face serious legal consequences” if they “continue to turn a blind eye to the complicity of Singapore companies in the Myanmar military’s atrocity crimes.”

While the US froze $1bn in Myanmar government funds following the February 1 coup,

JFM reported the same month that the junta still had access to $5.7bn in currency reserves through other channels.

The group also said it had received “credible intelligence” that some of the funds were being held in commercial banks in Singapore.

The MAS denied the allegations, saying it had “not found significant funds from Myanmar companies and individuals” in Singapore’s banks.