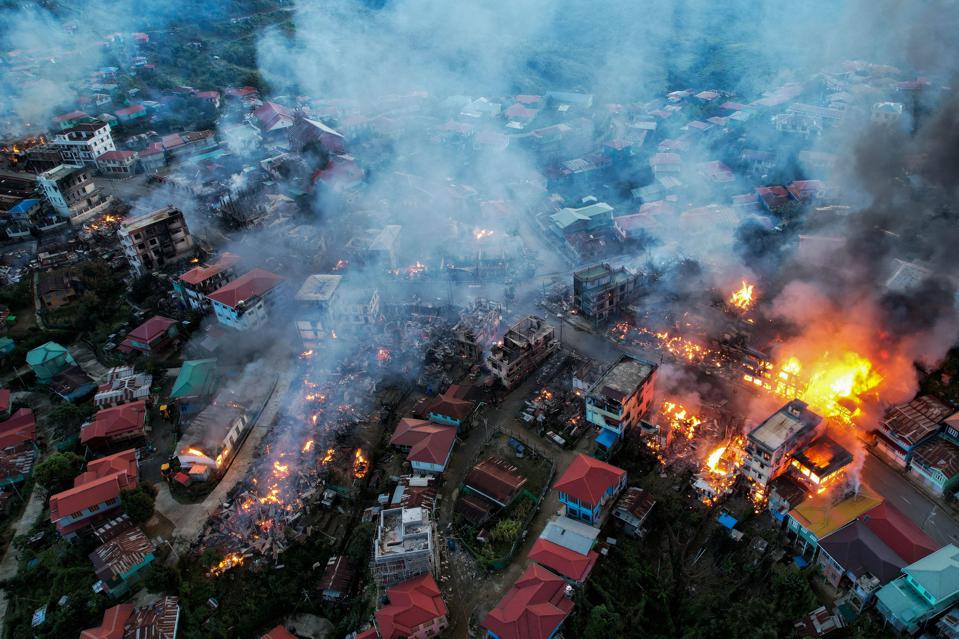 The State Department released a statement Sunday condemning “horrific” human rights abuses reportedly carried out by Burmese security forces in the country’s northwestern Chin State, including the burning of over 100 homes and churches, nine months after the military took power in a violent coup.

Spokesperson Ned Price said the government was “gravely concerned” about developments in Burma, also known as Myanmar, and called on the military to “immediately cease the violence, release all those unjustly detained, and restore Burma’s path to inclusive democracy.”

At least 20 instances of human rights abuses targeting churches and Christians have been documented since the February 1 coup, including the shelling of churches and arrests of pastors, according to Al Jazeera.

In one instance, soldiers set fire to the town of Thantlang in Chin State last month and shot dead a Baptist pastor trying to put out the flames before cutting off his finger and stealing his wedding ring, the outlet reported.

Sunday’s statement underscored the “urgent need” for accountability from the international community, including by blocking arms to the military.

12,000. That’s almost how many people in Chin State have been displaced by military attacks since April, Al Jazeera reported.

Over 1,000 Burmese civilians have been killed since February’s coup in which leader Aung San Suu Kyi was also detained. The Biden administration and its allies previously issued sanctions in response to the takeover. The United Nations’ outgoing special envoy for Myanmar said earlier this month that the situation in the country had reached the point of civil war.