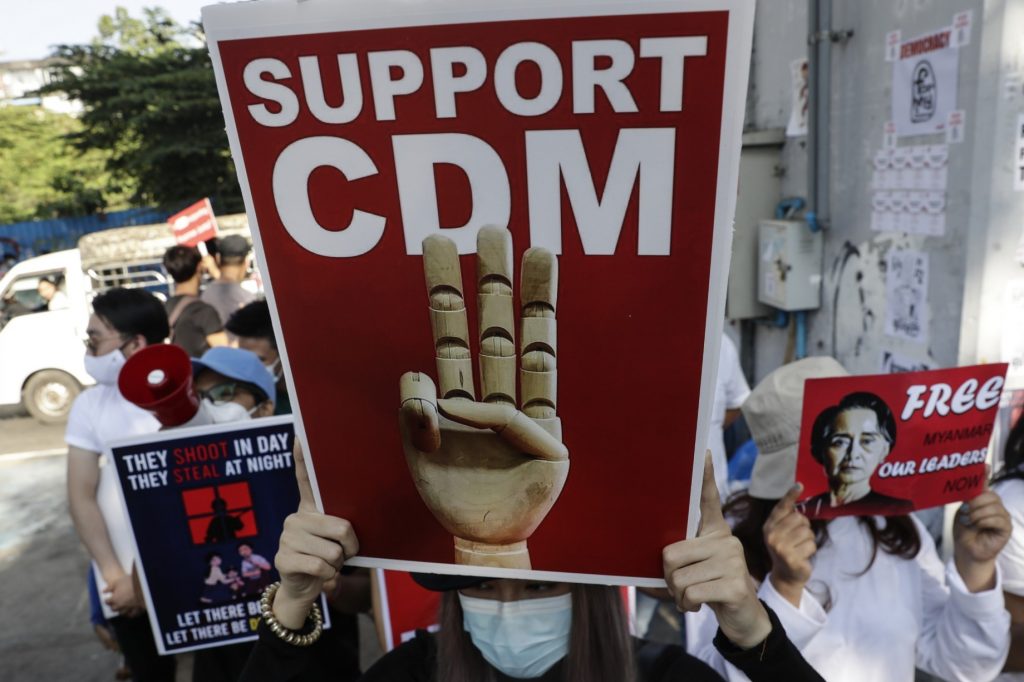 Resistance fighters from the Yaw Defence Force (YDF) in upper Myanmar have warned civil servants working under the junta that they have until Friday to leave their jobs or will be targeted as supporters of the coup regime.

The group said it was prepared to “take action” against government workers in the Magway Region townships of Gangaw, Htilin, and Saw, where the YDF has a strong presence, especially in the villages.

“If they continue to work for the military council, they will be regarded as supporters of the military council. We will be taking serious action against anyone who continues to go to work after November 5,” the YDF’s leader, Yaw Lay, told Myanmar Now.

“The options are clear. They can choose the side of either the military council or the people. If they take the people’s side they’ll have full security, but if they choose the junta’s side, there will be absolutely no security for them.”

The ultimatum comes after the resignations of scores of junta administrators across the country in recent months amid assassinations and threats from guerrilla groups.

Until now ministerial workers and other state employees have not been targeted to the same extent as local administrators, but Yaw Lay suggested that this should change, and urged other armed groups across the country to follow suit.

“It’s high time we decided who is on the people’s side and who is our enemy,” he told Myanmar Now. “If the defence forces all over the country take similar action, the revolution can end faster.”

Many of the junta’s governance mechanisms are believed to have been slowed or crippled thanks to mass walkouts of governmental employees as part of the Civil Disobedience Movement (CDM).

The underground National Unity Government (NUG) has released regular blacklists of government employees who have punished and pressured workers who have joined the CDM.

On Tuesday it announced that 57 managerial-level postal service staff under the Ministry of Transport and Communications had committed “treason” by pressuring striking workers into returning to work with threats and lawsuits.

During a speech to mark the NUG’s declaration of war against the junta in September, acting president Duwa Lashi La said that civil servants in all junta-controlled departments would need to stop going to work.

The only way to completely shut down the junta’s governance mechanisms was to target the civil servants who continued to help them operate, said Yaw Lay.

The junta has committed numerous atrocities in Yaw region in recent months, including the murder of civilians and the torching of homes.