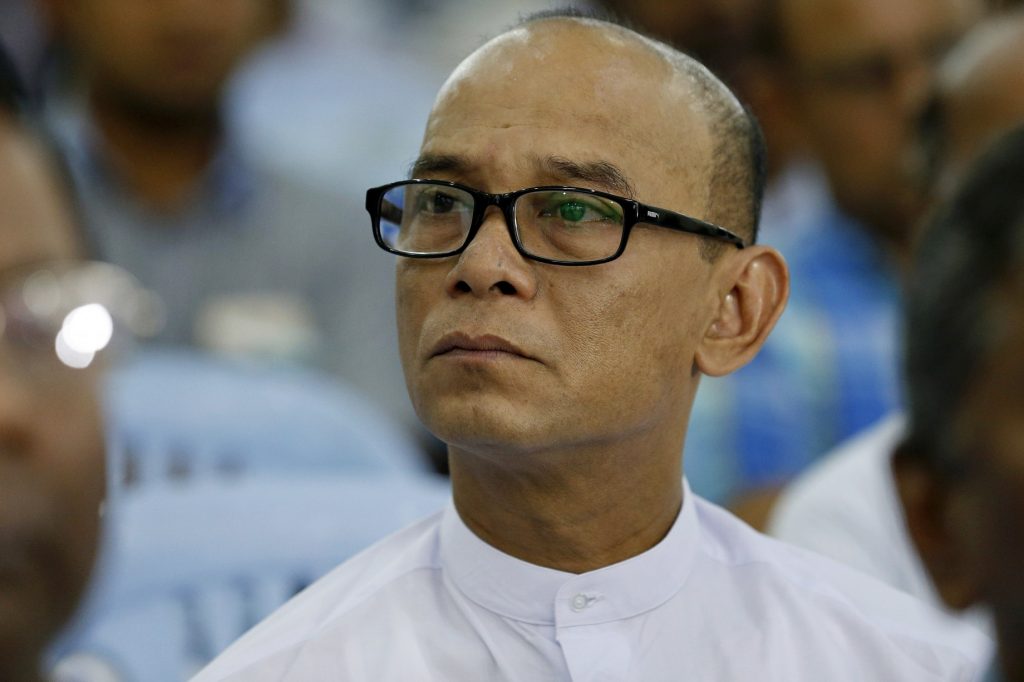 Jailed veteran democracy activist Mya Aye was taken to hospital with a “life-threatening” infection last month and is still there receiving treatment, his lawyer has revealed.

The activist, who was a prominent leader of the 1988 pro-democracy uprising and was among the first people to be detained by the military as it staged its coup on February 1, was taken from Insein Prison to an external hospital on October 11 after a wound on his ankle became infected.

The 54-year-old first noticed the infection on October 7, but he refused to be sent to the underequipped prison hospital, saying he would not be able to receive the treatment he needed there.

Then on October 10, he fainted from the infection on his way to the toilet at night and was sent to a hospital outside the prison in the afternoon of the following day, said Tinzar Oo, who visited her client on the day he was admitted.

“He wasn’t expecting for it to get this bad,” she said.

“According to the doctors, Mya Aye was very lucky that he got to the hospital in time,” she added. “He could have lost his leg or even his life if he was just a bit later. The infection he got was quite worrying. They said it was life-threatening.”

The activist did not need surgery but doctors have warned that the wound could get worse again if he goes back to prison before it has completely healed, she added.

“I was worried he would die when I saw him on October 11. He looked like he was dying. His legs were all swollen up. I wasn’t used to seeing him like that since he was always well-dressed during his court hearings,” said the lawyer.

As well as the wound on his right ankle, she added, Mya Aye had an infected lump on his thigh that needed to be popped by the doctors.

“When I saw him that day, he didn’t even talk about his wound. He just said that he was worried about the people outside,” she said.

Mya Aye faces up to a two-year prison sentence for a charge under Section 505c of the Penal Code of “inciting hate towards an ethnicity or a community”. The charge relates to an email he sent to a Chinese official seven years ago about Myanmar’s peace process.

He wrote in the email that because of government propaganda and Burmese ethnonationalism, people in Myanmar believed that China was interfering in the peace process and had backed Kokang rebels in their fight against the Myanmar military, according to his case file.

Mya Aye has been unable to attend his hearings, held at Insein Prison, because of his infection but a new hearing has been scheduled for November 22, Tinzar Oo said.