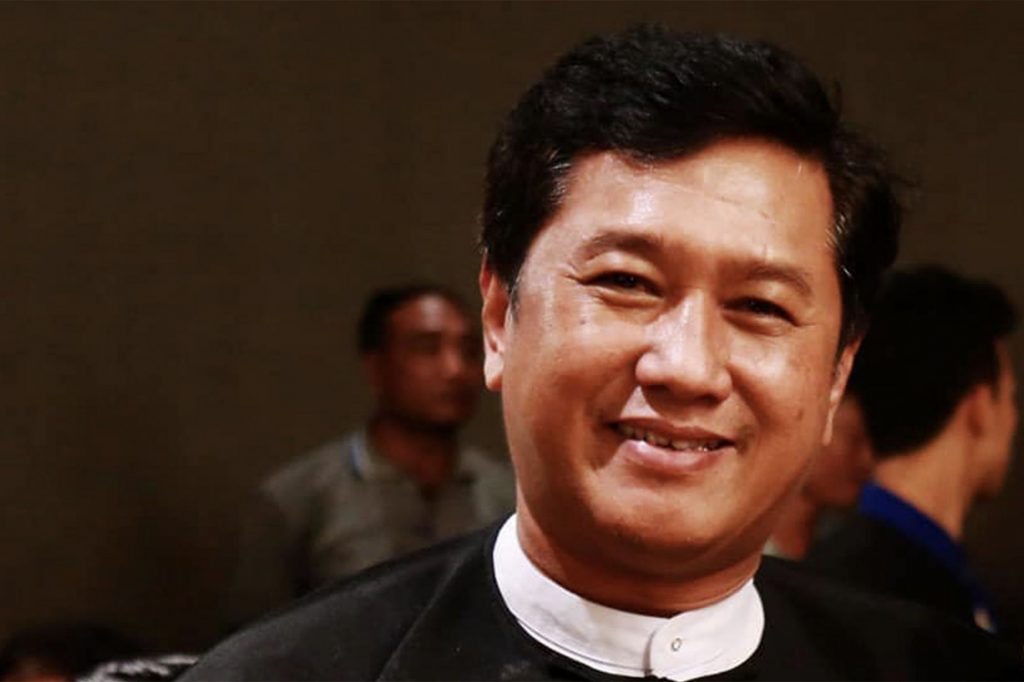 Ko Jimmy, a veteran pro-democracy activist who was captured by junta forces during a raid in Yangon late last month, is facing six new charges, including high treason and terrorism, for his alleged role in organising a series of urban guerrilla attacks on regime targets.

In a statement released Sunday night, two weeks after his arrest, the junta accused the former 88 Generation leader, whose real name is Kyaw Min Yu, of “conducting terrorism acts including mine attacks to undermine the state stability.”

According to the statement, Ko Jimmy will be charged with high treason under Section 124 of the Penal Code and violations of the Counter-Terrorism Law, the Unlawful Associations Act, the Arms Act, and the Explosive Substances Act.

Prior to his arrest, he was wanted by the regime on charges of incitement related to statements he made on social media criticizing the military’s February 1 overthrow of Myanmar’s elected civilian government.

The veteran of the country’s 1988 pro-democracy uprising was described in the statement as an “advisor on political and security affairs to the terrorist CRPH/NUG”—the Committee Representing Pyidaungsu Hluttaw and the National Unity Government, both formed by elected officials and other opponents of the regime in the wake of the coup.

He is also accused by the junta of leading a group called the “Moon Light Operation,” which was allegedly planning to carry out a series of eight urban guerrilla attacks. The statement claims that the group held weekly Zoom meetings with members of the CRPH and NUG to coordinate the attacks.

A photo published by state media shows Ko Jimmy kneeling in front of guns and ammunition allegedly seized during the October 23 raid in Yangon’s North Dagon Township that resulted in his apprehension.

His wife, Nilar Thein, rejected the accusations published by the military, which she called an “unethical” institution for its ongoing crimes against Myanmar citizens, which have included the murder of more than 1,200 civilians since the coup.

“Anyone detained by the military council faces torture in many different forms. The military will have to pay for every crime they committed at an international court one day,” Nilar Thein, who is also a prominent pro-democracy activist, told Myanmar Now on Monday.

“The military council should realise by now that they can’t rule the country without public support and acceptance,” she added.

Ko Jimmy was reportedly injured at the time of his arrest. He was admitted to a military hospital in Yangon for treatment, and after three days in intensive care was transferred to an undisclosed location, a hospital source told Myanmar Now.

The former student leader spent eight years in prison for his involvement in the 1988 pro-democracy uprising, and another five years for taking part in the 2007 Saffron Revolution.