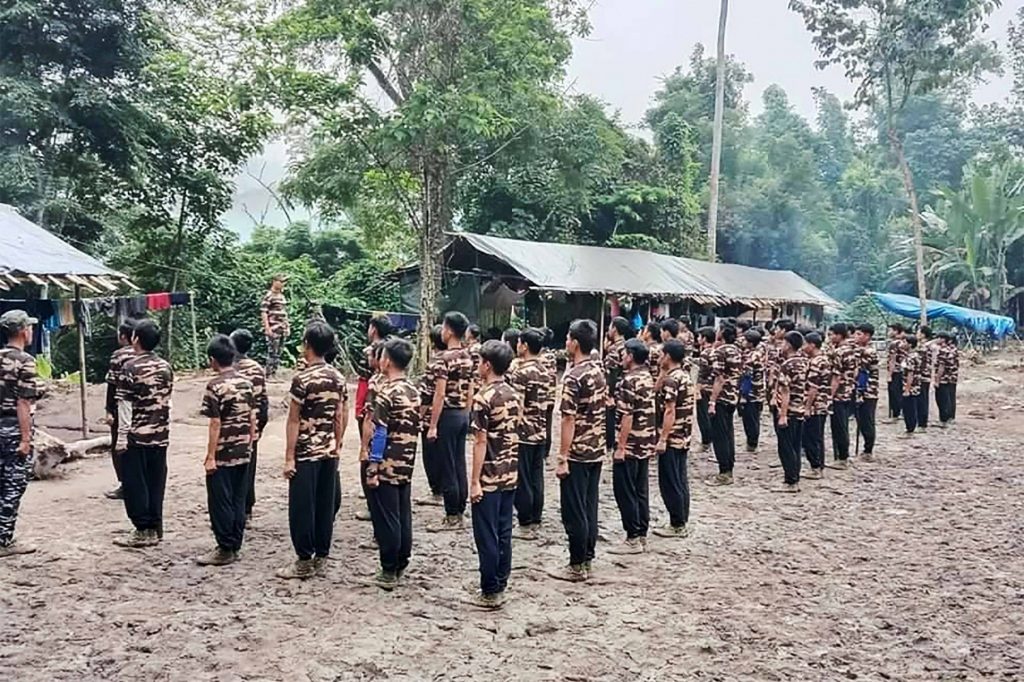 A chapter of the Chinland Defence Force (CDF) in southern Chin State’s Paletwa Township launched its first ever attacks against junta forces last week, using explosives to kill 11 soldiers as they travelled along a road towards the town.

A military unit of 60 soldiers left the town of Matupi last Monday in two trucks and headed toward Paletwa. But the CDF fighters slowed their advance by attacking them three times on the way.

Six soldiers died in an hour-long battle near Kantaung village, at the border between Matupi and Paletwa, on November 9. Another five died during a battle near the village of Pauksin the following day.

A spokesperson for the Paletwa CDF, who goes by the name Paul, said the group attacked the soldiers with a series of explosions using a method they called “mine galore” and learned about the number of deaths thanks to “accurate intel.”

While the CDF has been active across Chin State in recent months, last week’s ambushes were the first time the Paletwa branch has clashed with the junta. “I don’t think they even knew we existed,” said Paul.

A third clash took place near Waryon village on Thursday and lasted the whole day. The Paletwa CDF was forced to retreat after the military employed heavy weapons.

Because of the ambushes, the junta soldiers took five days to complete their 70-mile journey. They arrived in the town of Samee on Friday and camped in the local police station.

Hundreds living in villages along the soldier’s route to Samee were displaced by the fighting. “Because we were ambushing them and not attacking a military base, we had to take the safety of the locals into consideration,” said Paul.

“It’s quite challenging as we have to think about the safety and health of the locals. We also try to help them as much as possible,” he added.

The military has been sending reinforcements to Chin since early October via two major routes–one in the north and one in the south.

In late September, the junta cut off the internet access to every township in Chin State except for Hakha.