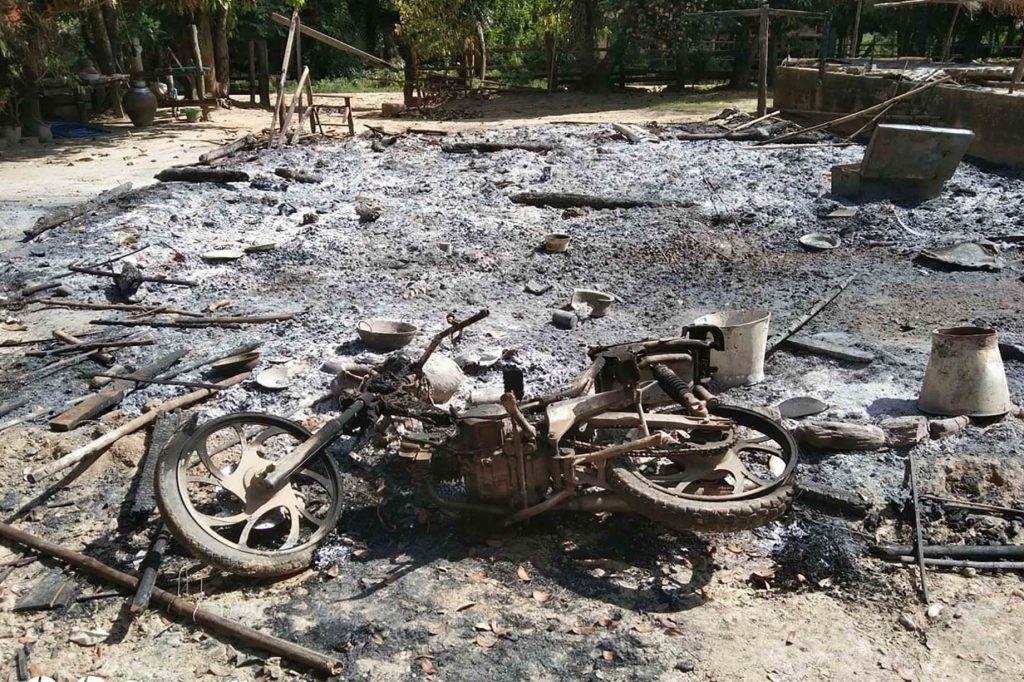 Three youths were found dead in Sagaing Region’s Kyunhla Township last week following the occupation of a local village by regime forces, according to residents.

The bodies of the youths were discovered last Tuesday near the village of Aye Chan Thar, where some 200 troops had been stationed since November 6. Village residents said they were forced to stay in the local monastery until the soldiers left.

One of the bodies was identified as that of Soe Lin Aung, a 21-year-old member of a local armed resistance group. His body, which had two bullet wounds in the left side of his chest, was discovered in Pyaung Thwe, a stream about 1km from Aye Chan Thar.

The other two victims were found closer to the village, according to a local man who said that their names were Naing Maw and Than Soe.

“The ones who found him said that Than Soe’s hands were tied. He was going to meet his wife and child in the monastery when he ran into a military patrol,” the man said.

The troops that took over Aye Chan Thar seized the phones of residents and destroyed their SIM cards, according to a woman who was in the village at the time.

“Every time a helicopter landed, we had to pick up all our bags to run and hide. It was really terrifying. Even the monk at the monastery was terrified,” she added.

Those who were trapped in the monastery returned to find that two houses had been torched, while a third had been hit by an artillery shell. A local shop had also been looted and several residents reported the loss of livestock.

On October 28, it launched an airstrike near Kywete, a village located west of the Thapanseik dam, according to a statement by the Kyunhla PDF. Some 200 soldiers have also been deployed to the area, the group added.

According to residents, fighter jets can still be seen in the area, where at least one person has been injured by troops firing automatic weapons from helicopters.