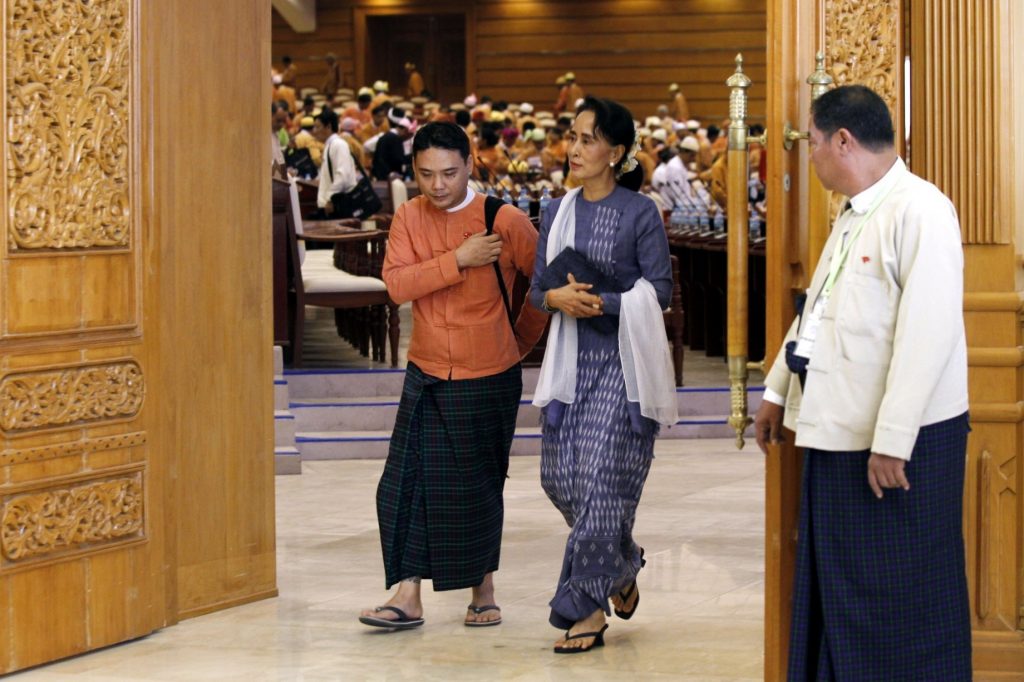 Former National League for Democracy (NLD) MP Phyo Zayar Thaw was arrested in Yangon on Thursday, according to party sources.

The former legislator was taken into custody by around 100 soldiers and police during a raid on an apartment in the Yadanar Hninsi Housing complex in Yangon’s Dagon Seikkan Township on Thursday afternoon, the sources said.

Phyo Zayar Thaw has been frequently named by the junta as a mastermind of recent attacks on regime targets in Yangon, along with Lwin Ko Latt, the home affairs minister of the shadow National Unity Government (NUG).

A member of a guerrilla group based in Hlaing Tharyar Township confirmed the arrest.

“He’s been in custody since this afternoon,” the guerrilla group member said Thursday afternoon, speaking on condition of anonymity.

A resident of the Yadanar Hninsi Housing complex told Myanmar Now that regime forces arrived in around 30 vehicles and detained three people. However, he said he wasn’t able to identify the arrested individuals.

The NUG’s defence minister, Yee Mon, wrote on social media on Thursday evening that he felt “heartrendingly sorry” whenever someone was arrested or killed by the junta.

“This revolution is a journey that we must all follow till the end. I believe that there are millions of comrades and members of the public who have decided to go till the end,” he wrote, without mentioning Phyo Zayar Thaw’s arrest.

Myanmar Now was unable at the time of reporting to get any further information about Phyo Zayar Thaw’s arrest or where he is being held.

The junta has not released any statement on the arrest.

Phyo Zayar Thaw represented Zabuthiri Township in Naypyitaw after securing a lower house seat in the 2015 election, which the NLD won in a landslide. He previously won a seat in Naypyitaw’s Pobbathiri Township during a by-election in 2012.

Before becoming a politician, he was a prominent pro-democracy activist who had earlier risen to fame as a member of the pioneering hip-hop band Acid.

On Wednesday, state media announced the arrest of 39 individuals in Yangon suspected of belonging to the NUG-backed People’s Defence Force, as well as eight others accused of supporting their “terrorist acts”.

The 40 men and seven women were arrested at different locations around the city in recent days, the regime said in its announcement, adding that weapons and ammunition were also seized.

The arrests were linked to a series of attacks carried out in the former capital between November 12 and 17, according to the junta, which named Phyo Zayar Thaw as a ringleader.

Also accused were Yee Mon, Lwin Ko Latt, and the NUG’s health minister, Zaw Wai Soe, who allegedly “instructed their subordinate terrorist groups to speed up their acts of sabotage and terror across the nation.”

A spokesperson for NUG’s Yangon Division Command confirmed to Myanmar Now on Thursday that around 20 of its members had recently been arrested.

The spokesperson added that not all 47 detainees were involved in the recent attacks.

“Among the detainees are some of our comrades who really fought with us, but some are just regular citizens who were framed by the junta,” said the spokesperson.

A wave of explosions and shootings in Yangon earlier this week were just part of a wider operation that is set to see an increase in attacks in Yangon, Bago, and Ayeyarwady regions, the spokesperson told Myanmar Now in recent interview.

The operation, dubbed Pyan Hlwar Aung, was launched following the NUG’s declaration of a “resistance war” in September, he said.