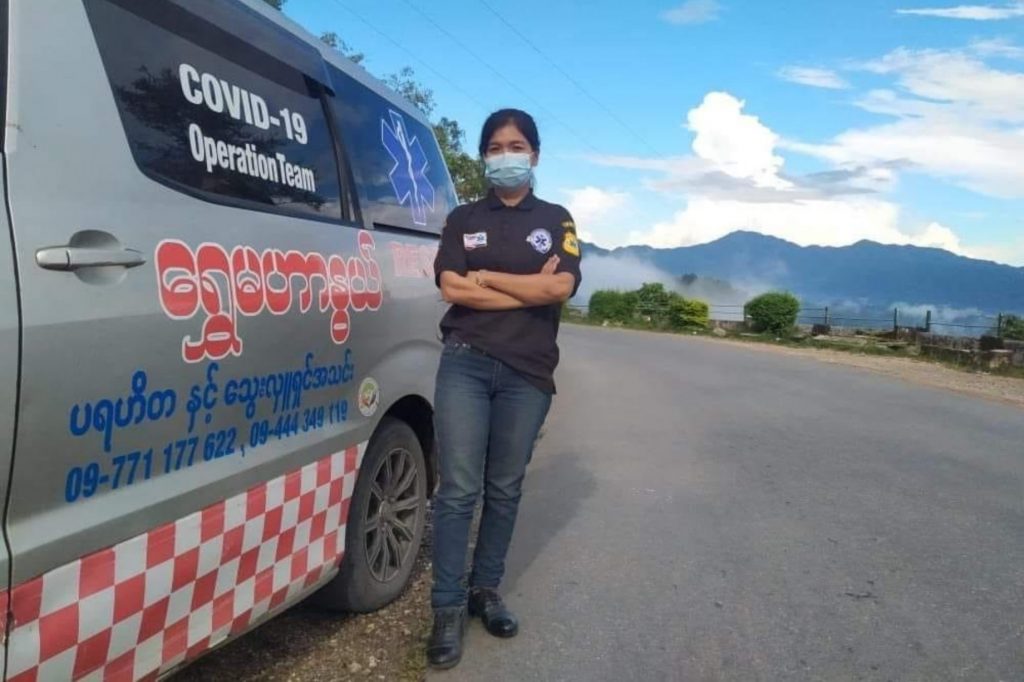 Troops on Monday raided the office of a Mandalay-based charity helping people displaced by violence and arrested its chairwoman on accusations that she had been supporting the People’s Defence Force (PDF) in its fight against the junta.

Nwe Nwe Win, 43, was taken in the evening by 10 plainclothes soldiers from the Shwe Mahar Nwe social welfare group’s office on 25th street, in the city’s Aungmyay Thazan Township.

She is reportedly being questioned at the interrogation center inside Mandalay Palace and has also been accused of supporting striking workers involved in the Civil Disobedience Movement (CDM).

“They accused her of financially supporting staff members taking part in the CDM, as well as the PDFs,” said a source close to the charity who wanted to remain anonymous. “They ransacked the entire office and even broke open packages of donations to the orphanage and IDP camps.”

Shwe Mahar Nwe was founded in 2014 and also organises blood donation drives, a spokesperson for the group told Myanmar Now. “We were only accepting clothes donations for IDPs as winter is coming, but they accused us of something else entirely,” he said.

Hours after Nwe Nwe Win was arrested, soldiers returned to the office in search of two other team members but were unable to find them, added the spokesperson.

On October 6 a teacher named Thein Zaw, from the village of Kin in Madaya Township, was accused of financially supporting the PDF and arrested.

He was killed three days later while travelling to his home with the soldiers, who appear to have forced him to show them where he lived, according to two local sources.

Also in October, a local philanthropist and restaurant owner from Pyin Oo Lwin Township named Po Pyae Thu was accused of supporting the CDM and the PDF and was arrested, a source close to her family said.