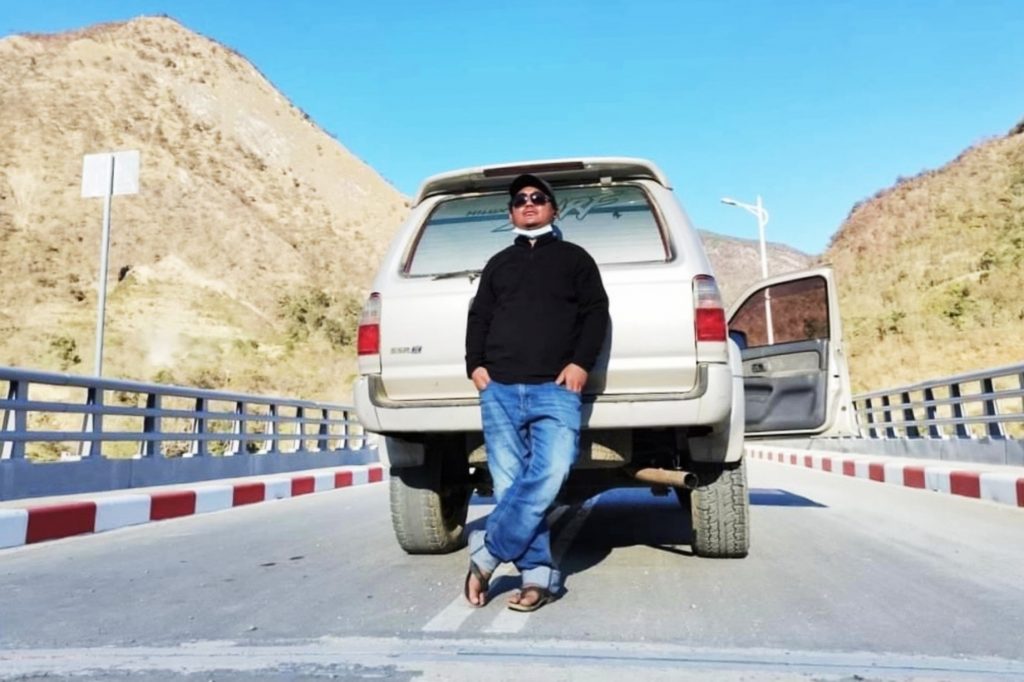 The People’s Defence Force Zoland, a PDF group based in northern Chin State’s Tedim Township, has blamed the assassination of its leader on the Zomi Revolutionary Army (ZRA), an armed group based along the Chin-India border.

Cin Sian Sum, a 38-year-old entrepreneur who was chiefly responsible for the PDF Zoland’s recruitment and training efforts, was killed on Sunday at a house in Tedim where he had been in hiding, an officer from the group told Myanmar Now.

“We heard that he was shot twice—once in the chest and once in the head,” said the officer, who spoke on condition of anonymity.

A funeral for the slain PDF leader, who is survived by his wife and three sons, was held on Monday, the PDF Zoland officer added.

According to the officer, the assassination was carried out by the ZRA, which had been in contact with Cin Sian Sum the day before his killing.

Through a third party, the ZRA told Cin Sian Sum that it wanted to meet with him to discuss the disappearance of ZRA member who hadn’t been seen since late November.

Cin Sian Sum declined to meet with the group, citing health reasons. He also denied that the PDF Zoland had anything to do with the missing ZRA member.

“The ZRA invited him to a meeting a day before his death. They also threatened us, demanding an explanation. It seems they have a grudge against our group. I think it’s clear they carried out the attack,” said the officer.

The ZRA has denied responsibility for the killing of Cin Sian Sum and said that the accusations are “groundless.”

The ZRA was first formed in 1993. In 2005, it was transformed into a border guard force in the Indian state of Manipur. Efforts to reach the group for comment on the PDF Zoland officer’s claims went unanswered.

In April, the ZRA released a statement saying that it would join the struggle against Myanmar’s dictatorship. Since then, however, it has carried out multiple attacks on other anti-regime groups based in Chin State.

On May 22, it attacked a camp run by Tedim youths and seized five guns and destroyed other items, such as mobile phones and cameras, worth around 3m kyat.

A second attack came on June 16, when it overran another camp operated by local resistance fighters and seized weapons and other items, including a generator, diesel tanks, and medicine.

The next day, it released a statement saying that it would not allow the formation of any kind of armed group within its territory.

The most recent attack was on September 21, when the group raided a camp set up by ethnic Hualngo youths as preparation for the formation of an anti-junta defence force.

In response, the Chinland Defence Force (CDF) warned that it would take serious action against the ZRA if it continued to “bully” the local defence forces.

The PDF Zoland officer said that the group would now be actively engaged in fighting with the ZRA, in addition to its operations against regime forces.

“It seems as if the revolution has doubled in size, as we now need to take care of those groups that are supporting the military council as well,” he said.

He added that the killing of Cin Sian Sum would not seriously impact the group’s operations.

“His death saddens us, but it won’t be much of a problem for us as a group, as we have the people’s support. So nothing much has changed in our group,” he said.