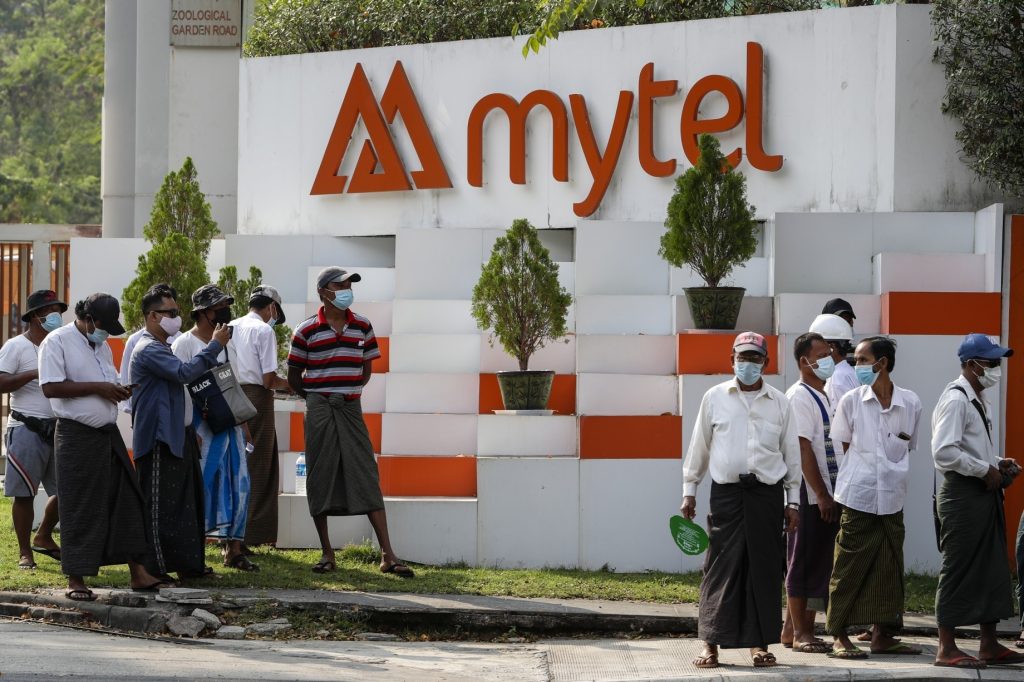 Facebook on Tuesday said it will ban companies linked to Myanmar’s military from operating on its platform, just hours after lawyers filed a $150 billion class action lawsuit against the company on behalf of Rohingya refugees.

The page of telecoms operator Mytel, part owned by the military, was among those removed, and a Facebook official told Myanmar Now the company had taken action against “hundreds” of other accounts and pages linked to military-controlled businesses.

The social media giant, now officially called Meta, said that the move expands an existing ban on military pages. The company had resisted calls from activists to enforce such a ban for years.

The new ban was “based on extensive documentation by the international community of these businesses’ direct role in funding the Tatmadaw’s ongoing violence and human rights abuses,” Rafael Frankel, Facebook’s Director of Policy for APAC Emerging Countries, said in a statement.

The company will use a 2019 UN Fact-Finding Mission report on the economic interests of the Myanmar military to identify companies that should be removed, Frankel said.

The page for Myanmar Beer had also been removed on Wednesday, but several smaller Mytel accounts, such as its customer service page, remained active. The Facebook official said the remaining pages would be removed and the ban would be “enforced continuously”.

The company removed military-controlled media entities from Facebook and Instagram in the wake of the February 1 coup. It has also banned military-linked businesses from advertising on the platform.

Rights group Justice For Myanmar (JFM) said Facebook must ensure the new ban is comprehensive and “proactively” enforce it, ensuring it also applied to all of the military’s joint ventures with international and domestic companies.

“The military operates like a criminal cartel and uses business to finance military operations and reward loyalty in the higher ranks through the distribution of profits,” JFM’s spokesperson Yadanar Maung told Myanmar Now.

“The military’s businesses are complicit in the military’s atrocity crimes and have long benefited from publishing on Facebook,” she added.

Mytel lost nearly $25 million in the three months that followed the coup as phone users and businesses staged a boycott, part of widespread efforts to cut off the junta’s sources of funding.

Rohingya refugees in Bangladesh on Monday filed a $150 billion lawsuit against Facebook over its alleged failure to prevent its platform from being used to incite violence against the minority group.

More than 730,000 Rohingya fled Rakhine State from August 2017 amid military-led mass killings, gang rape, and arson, in what rights groups and UN investigators said was part of a genocidal campaign.

UN investigators said in 2018 that Facebook played a key role in spreading hate speech that fueled the violence.

Facebook is named on a “dirty list” of companies supporting military abuses in Myanmar compiled by the Burma Campaign UK rights group, which has been calling for the removal of military businesses from the platform for years.

“Facebook have known for years these military companies finance human rights violations,” ​​said Mark Farmaner, the group’s director. “Now, within hours of legal cases being filed regarding their role in the genocide of the Rohingya, Facebook decide to take down military company pages.”