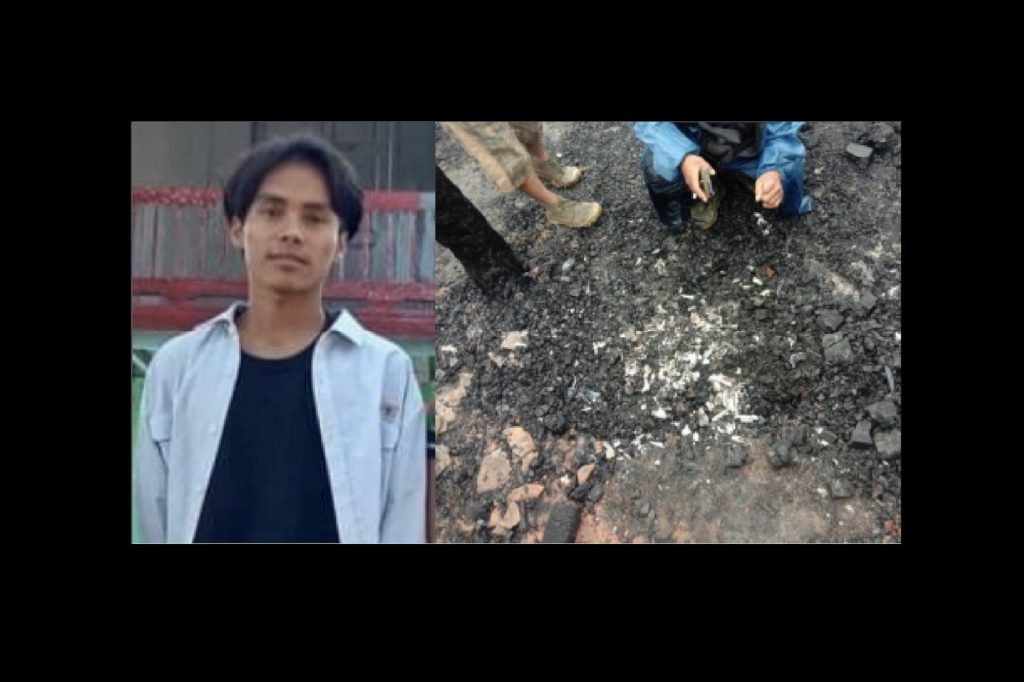 The bodies, which were found in the village of Oh Myay Htoo, in the southern part of the township, had both been burned beyond recognition, the groups said.

The victims are believed to be Lal Ro Mawi, 24, and Ngun Nei Thang, 50, who were captured separately last weekend.

Lal Ro Mawi and his father were taken into custody at their farm near the village of Thanpo on Saturday morning, but his father was released later the same day.

Ngun Nei Thang, from the village of Chaung Gwa, was arrested with his three sons while they were weeding their fields on Sunday, but the sons were later released.

An information officer for the Kalay-Kabaw-Gangaw chapter of the Chinland Defence Force (CDF) said that Lal Ro Mawi may have been used by the military as a human shield to avoid being ambushed.

“We think he was used as a human shield and then burned alive in Oh Myay Htoo after they finished their raids,” the information officer said.

He added that although it has been impossible to confirm the identity of the burned body, Lal Ro Mawi’s family believes that it is, in fact, him.

“They accepted that it was him after we checked the number of remains we found with the number of missing persons. But we didn’t find anything on the body to positively identify it as him,” the information officer said.

The body was later collected by troops from the CDF (KKG) and given a Christian funeral on Tuesday evening, according to the group.

An information officer for the Chin National Defence Force (CNDF), another group operating in the area, said that one of Ngun Nei Thang’s sons was able to identify his remains.

“The body was severely charred and disfigured, but one of his sons recognized the shirt on the body and said that the facial structure of the skull resembled his father’s,” the information officer told Myanmar Now.

The body, which was discovered on Sunday, was given a Christian burial later the same day.

Oh Myay Htoo, the village where the two bodies were found, was raided by the military earlier this month. Regime forces torched 10 houses in the village during the raid, according to local sources.

A military unit of more than 100 soldiers has raided a number of villages in southern Kalay Township recently, including Lechar, Yeshin, Kokko and Nwar, where at least 50 houses have been torched.

Earlier this week, 11 severely burned bodies were discovered in Done Taw, a village in Sagaing’s Salingyi Township, in the wake of a military raid.

“They’re rotten to the core, so our only objective is to eradicate the fascist dictatorship,” remarked the CDF (KKG) information officer.