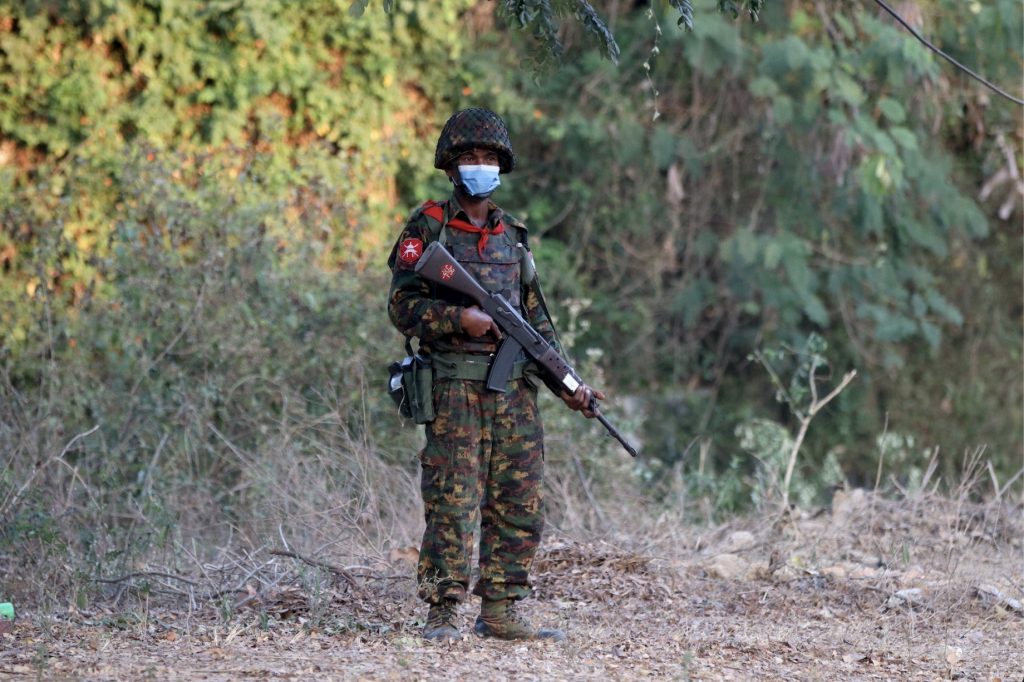 Residents of Done Taw, the Sagaing Region village where junta soldiers massacred and burned 11 people on Tuesday, found the body of a twelfth person nearby the following day, residents have told Myanmar Now.

Win Yi, 61, was found with a gaping knife wound in her neck just 50 feet away from the site where 11 badly charred corpses were left smoldering in a pile by soldiers who raided the village in Salingyi Township, three residents said.

The woman suffered from a cognitive disability and was the owner of the betel farm where the massacre took place, the residents added. She was found at around midday by villagers who were preparing to cremate the remains of the other bodies.

“She runs the betel farm and was killed in her own farm,” said the leader of the self-organising Done Taw People’s Defence Force (PDF).

“They stabbed her neck all the way through in her own hut,” said one of the people who found her body. “There are no other wounds on her body.”

It also emerged on Wednesday that a 40-year-old man originally named as one of the 11 victims had in fact survived the military raid and escaped the village with someone’s help.

The Done Taw PDF leader said U Soe was assumed to be among the victims because he was unable to walk due to his paraplegia, and also because his 17-year-old son was among those killed.

“We thought both the father and son were killed as we lost contact with the father,” he said. “We only found out later that it was only the son who was killed.”

Myanmar Now incorrectly reported on December 7 that U Soe was among the victims, citing testimony from nine villagers. Villagers believe they have identified the other 10 bodies and say all 11 are male.

The victims, all of whom were unarmed, included a disabled civilian and 10 members of local anti-junta guerrilla forces

The 11 burning victims were cremated at the village cemetery on Tuesday. Residents have been unable to compile a list of those who are missing from among the village’s 2,000-strong population, who mostly make their living farming onions and betel.

All of the people massacred on Tuesday were unarmed, locals said, adding that many were members of the local anti-junta defence force. It is widely believed that the 11 men and boys were burned alive.

Done Taw is near the Letpadaung copper mine, which is owned by the military conglomerate MEHL and a Chinese company named Wanbao.

Thousands of locals in Sagaing Township have been displaced in recent months by a massive military offensive that has sparked numerous reports of atrocity crimes.

Earlier this year junta soldiers massacred dozens in the Sagaing township of Kani.

The junta has since October sent thousands of soldiers to Chin State, Sagaing and Magway regions as part of Operation Anawrahta, an offensive aimed at crushing a network of armed groups that has killed hundreds of junta soldiers since the February coup.

A total of 40 corpses, most showing evidence of torture, have been discovered in the area over the past month.