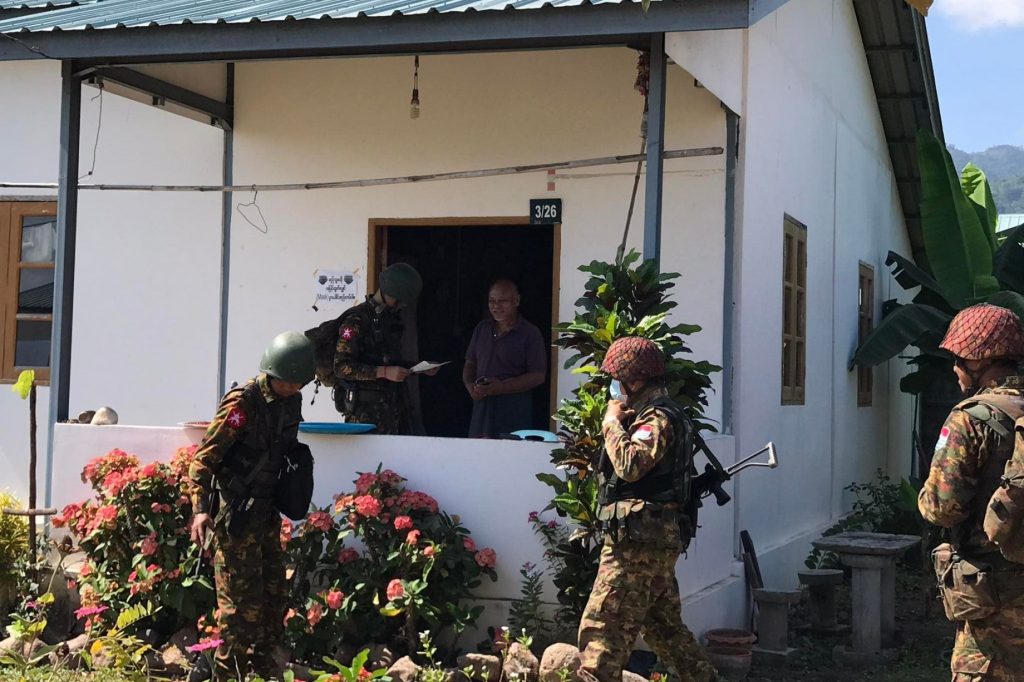 Around 200 soldiers searched Lay Kay Kaw Myothit, which is under the control of KNU Brigade 6, early Tuesday morning

A National League for Democracy (NLD) lawmaker was among several people arrested on Tuesday during a search conducted by the military in Karen National Union (KNU) territory, local sources have confirmed.

Residents of Lay Kay Kaw Myothit, located near the Thai border in Kayin State’s Myawaddy Township, told Myanmar Now that around 200 regime troops entered the town, which is under the control of KNU Brigade 6, at around 7:30am.

The troops, who were looking for opponents of the junta believed to be in hiding in the town, made a number of arrests, according to residents.

Among those arrested was Wai Lin Aung, the MP for Myaungmya Township in Ayeyarwady Region, according to fellow NLD lawmaker Waiyan Aung, who represents Ayeyarwady’s Kangyidaunt Township.

Residents told Myanmar Now that the streets of Lay Kay Kaw Myothit were deserted during the raid, and that all roads leading into and out of the town had been blocked. Telephone service was also cut, according to local media reports.

Myanmar Now attempted to contact a KNU Brigade 6 spokesperson to ask if the group had authorized the raid, but its calls were not answered.

Lay Kay Kaw Myothit was founded in February 2015 for the repatriation of Karen refugees with the support of Japan’s Nippon Foundation as part of the peace process.

Although the KNU is a signatory to Myanmar’s Nationwide Ceasefire Agreement, drafted in March 2015 and signed by 10 ethnic armed organizations (EAOs) later that year, it has clashed repeatedly with the military since the coup in February.

In areas under the control of KNU Brigades 3 and 5, where the military has carried out multiple airstrikes, tens of thousands of people have been displaced by conflict between the two sides.

Many opponents of the regime have fled to areas under the control of various EAOs since the coup, including those held by the KNU.

In Kayin State’s Dooplaya District, where KNU Brigade 6 is based, there has been some controversy about the presence of anti-coup forces.

On August 24, Dooplaya’s district chair issued a handwritten order forbidding people affiliated with the shadow National Unity Government from residing in the area.

However, an officer from the KNU’s central command later told Myanmar Now that the order did not represent the group’s policies or the views of most of its rank-and-file members.