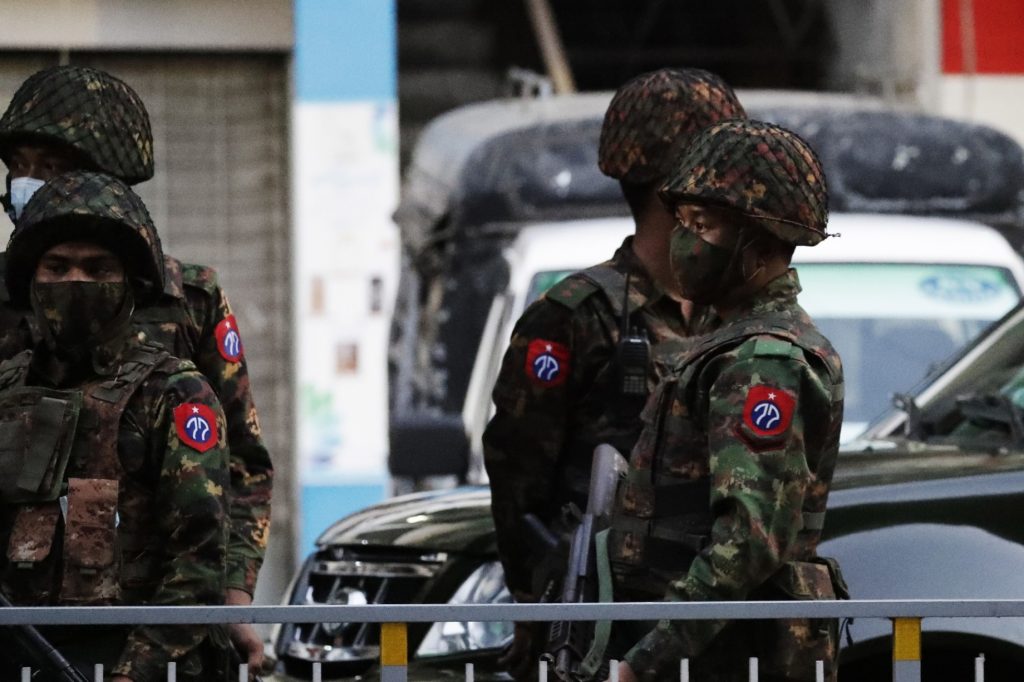 Junta soldiers killed and burned five people in a village in Sagaing Region on Sunday after suffering casualties during two days of fighting with the local People’s Defence Force (PDF), two locals have told Myanmar Now.

The troops raided Gaung Kwe, which is in Myaung Township, as they returned from the fighting in the neighbouring township of Yesagyo.

They began firing their weapons as they entered the village, killing four people who were volunteering as community guards. They also shot and killed a fifth person who suffered from a cognitive disability, the locals said.

The soldiers then continued on their journey to Kyauk Yit, a village in Myaung where their unit is stationed. Gaung Kwe residents found the burnt bodies after the soldiers left.

“They stripped the villagers’ clothes and burned the bodies,” said one man. “We found the victims’ clothes between the clinic and the school in the village. The mentally handicapped person was shot and killed because he got scared and cursed out loud on hearing the gunshots.”

The soldiers had been fighting with an alliance of more than a dozen PDF chapters in a village named Shwe Hlan, which sits on the eastern bank of the Chindwin river in Yesegyo.Another villager was shot in the arm when the soldiers entered the village but managed to escape, they added.

Three PDF members were killed and three were injured while retreating as the military employed heavy weapons and snipers, said an officer of Myingyan Taloke PDF, another of the groups involved in the fighting.

“We only found out that three of us had died when we managed to get back into the village,” said the officer.Eight junta soldiers from their unit were killed and three injured during the two-day battle, according to the Civilian Defence and Security Organization of Myaung (CDSOM), one of the armed resistance groups that attacked the unit.

Junta soldiers burned houses and motorcycles in Shwe Hlan before leaving the area. he said.

Tens of thousands of residents have reportedly fled Myaung Township since soldiers stationed themselves in Kyaukyit, he added.

The victims, all of whom were unarmed, included a disabled civilian and 10 members of local anti-junta guerrilla forces.