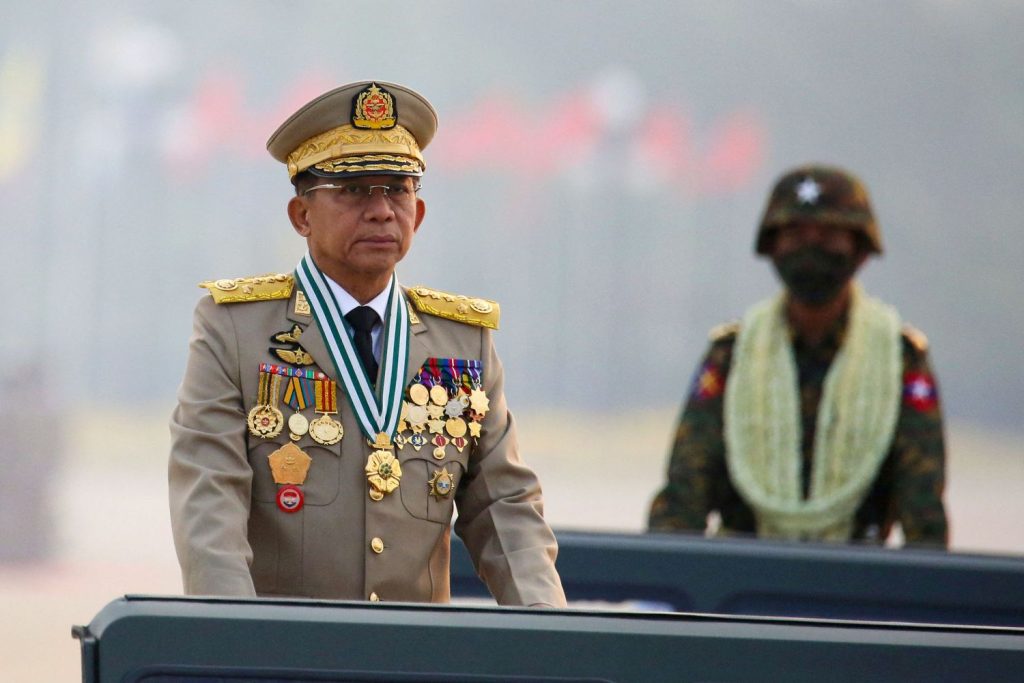 Myanmar’s junta chief Min Aung Hlaing said there are plans to hold a fresh general election on August 2023, sticking to the military government’s timeline and defying pressure from the US to hold polls earlier.

“Depending on state stability and peace, we are making our utmost effort to hold a multi-party general election on August 2023,” the junta chief said during a meeting with heads and teachers at military universities in Yangon that was broadcast on state-run MRTV.

The regime had tried to talk to political parties several times but some of them didn’t come to meetings with junta-appointed election officials, the top general said. Plans are under way to take action against those who didn’t act in accordance with the laws, he added.

Min Aung Hlaing’s comments come after Secretary of State Antony Blinken said the US was exploring additional ways, including sanctions, to pressure the military regime to bring Myanmar back on a democratic trajectory after the February coup.

Asean excluded the junta chief from attending a big-ticket summit this year to push Myanmar to resolve its internal issues. However, Asean may struggle next year with applying more pressure on regime as Cambodia, a key ally, has become the bloc’s new chair and could veto fresh attempts to hold the junta more accountable.

Min Aung Hlaing declared himself as the caretaker prime minister and extended emergency rule for another two years from August this year. He lead a coup to dislodge Aung San Suu Kyi from government on allegations of voter fraud in elections that saw her party win by a landslide.

The long lead up to the elections would buy the junta some time in its attempts to consolidate power in Myanmar. Suu Kyi has been sentenced so far to two years prison for inciting dissent against the military and breaching Covid rules and there are several other court cases pending.

The timeline also helps the junta to push ahead with trying to crush an increasingly armed opposition and other resistance groups. Since the February coup, junta troops have killed at least 1,365 people while more than 11,100 others have been arrested so far, according to the Assistance Association for Political Prisoners.