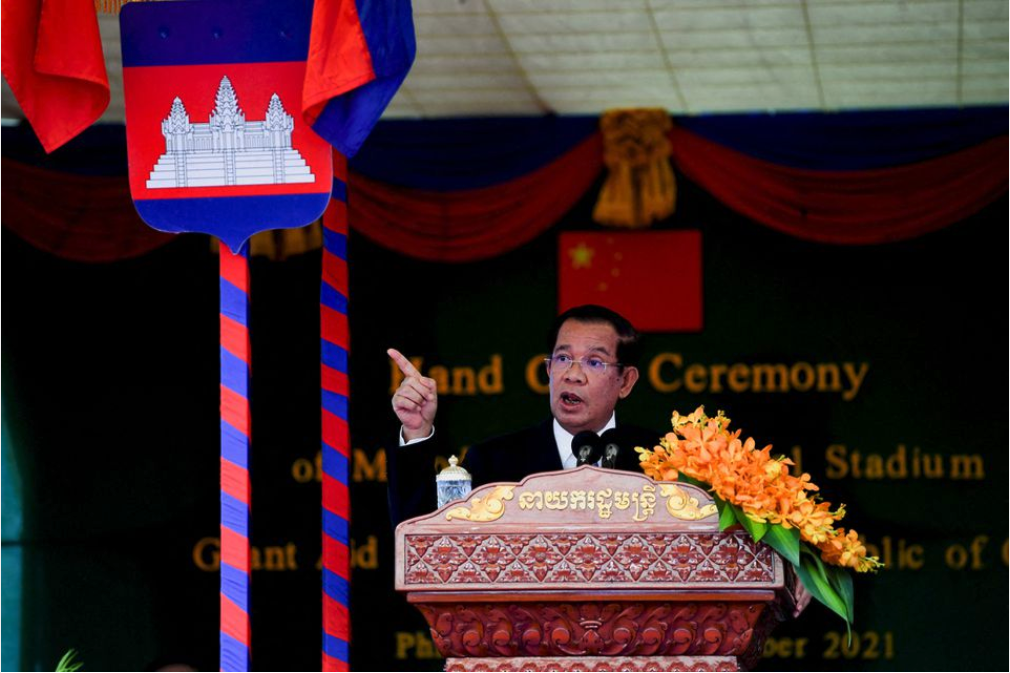 PHNOM PENH, Jan 8 (Reuters) – Cambodian Prime Minister Hun Sen did not seek to meet former Myanmar leader Aung San Suu Kyi during his visit to the country this week and will take “different approaches” to the crisis there, Cambodia’s foreign minister said on Saturday.

Hun Sen, who himself seized power in a 1997 coup and has in subsequent elections been criticised over crackdowns on his political opponents, returned from Myanmar on Saturday after a two-day trip.

His visit was the first by a head of government since the army overthrew the civilian administration of Aung San Suu Kyi on Feb. 1 last year, sparking months of protests and a bloody crackdown. read more

Myanmar’s state media on Saturday reported that Min Aung Hlaing had thanked Hun Sun for “standing with Myanmar”. The army has said its takeover was in response to election fraud and was in line with the constitution.

Prak Sokhonn, who accompanied Hun Sen to Myanmar, on Saturday denied the trip amounted to backing the junta, saying it was another way of working to implement a five-point ASEAN peace plan adopted in April.

He also confirmed that Hun Sen did not ask to meet with Suu Kyi, the Nobel laureate who has been in detention since the army takeover last year and faces more than a dozen criminal charges.

Prak Sokhonn, expected to take up the post as special envoy for Myanmar, said the refusal of the current envoy, Brunei’s foreign minister, to visit without guarantees he could meet with Suu Kyi was unproductive.

“If they build a thick wall and we use our head to hit it, it is useless,” Prak Sokhonn told reporters. “Cambodia uses different approaches to achieve the five-point consensus.”