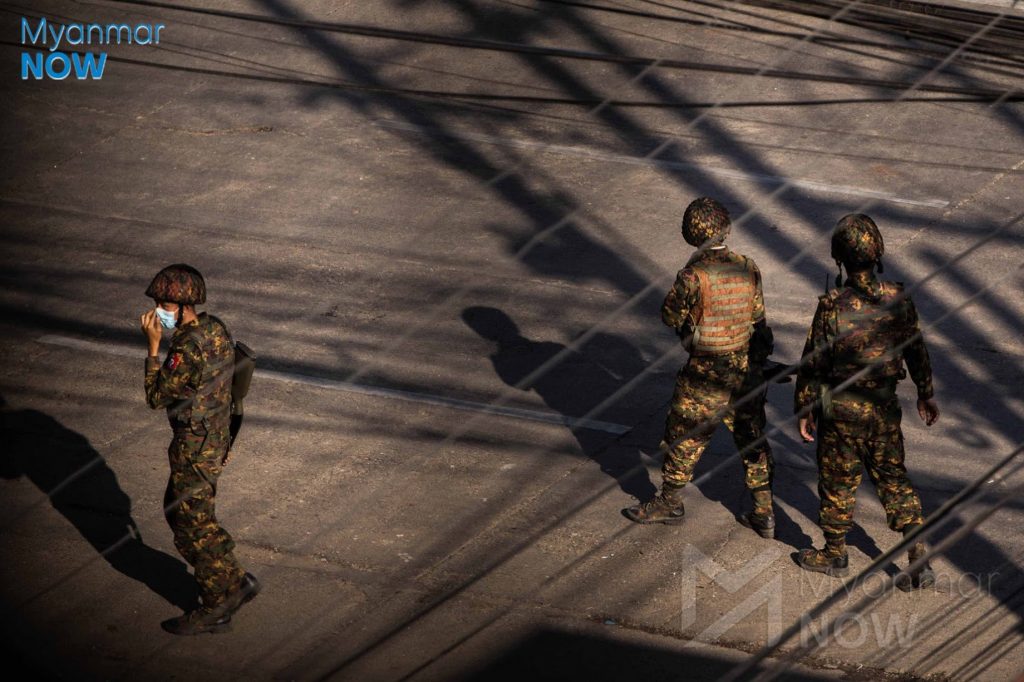 Locals in Sagaing’s Kalay Township found the badly mutilated bodies of a married couple late last month, days after they went missing, and have blamed the military for their murders.

Moe Moe Htay, 48, was found dead by the Myittha river on December 29 with a knife wound in her stomach, burn marks on her skin, and one of her breasts missing, a relative of the couple told Myanmar Now.

The body of her husband Nyi Nyi, 49, was found nearby the next day. “He had his hands tied to a bamboo stalk like a chicken and was burned,” said the relative.

The couple left their village of Khon Toe Myo Thar on December 25 to collect money they were owed by someone half an hour away in the village of Tinthar.

But they never arrived at their destination. The relative believes they were abducted and murdered by soldiers on guard duty at the Kabarni bridge.

The families of the couple held a funeral for them on January 6. Their bodies were cremated near the village where they were found.

They leave behind two sons, one in his teens and the other in his twenties.

Myanmar Now reviewed photos of the bodies that matched the descriptions given by the relative.

The injuries were so severe that the pair were only recognisable by their clothing, the relative said.

Several local residents declined to speak with Myanmar Now about the killings out of fear of being targeted by the military.

Locals in Kalay have mounted fierce armed resistance against the junta, inflicting heavy casualties against its forces with guerrilla-style attacks.

In response soldiers have routinely terrorised civilians with killings, abductions, torture and arson.