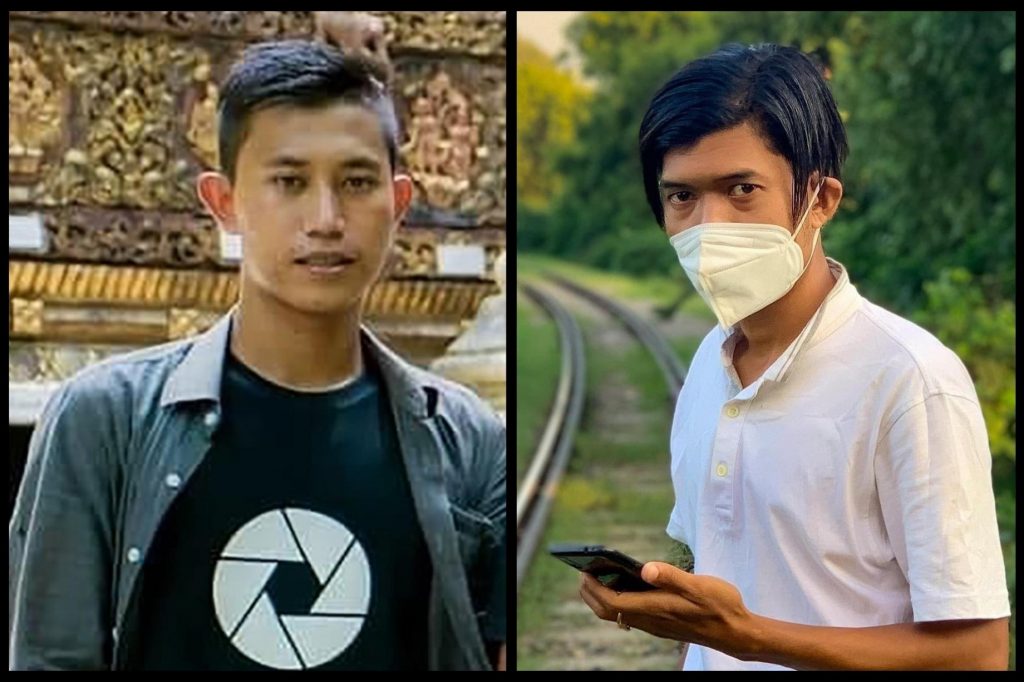 A court in Sagaing Region sentenced two journalists to two years in prison for incitement last week, months after they were arrested for their coverage of the fallout from last February’s military coup.

Associate editor Pyae Phyo Aung and reporter Myint Myat Aung, who both worked for the now defunct Zayar Times, were arrested last year for publishing stories that highlighted anti-junta protests and referred to the junta as a coup regime.

Myint Myat Aung, who is also known as D Myat Nyein, was detained in June at his home.

Pyae Phyo Aung was arrested on October 11 at a monastery shortly after he entered the monkhood and began living there, a young man from Sagaing told Myanmar Now on condition of anonymity.

“We still don’t know much about the case as we are on the run ourselves,” he added.

The two men are being held at Shwebo Prison and were tried and sentenced at a court inside its walls, locals said.

Myanmar Now tried to contact the Sagaing Central Police Station and military council spokespersons regarding the sentences but all calls went unanswered.

The complaint said Zayar Times staff members “addressed the military council as the coup regime and reported news on the CRPH and the NUG and the protests everyday.”

The Zayar Times halted its operations within months of the coup after arrest warrants were issued for several of its journalists.

Three others from the outlet are still on the run.

A journalist from upper Myanmar who is evading arrest and wanted to remain anonymous said the sentencing on Friday was part of a widespread effort to muzzle the free press.

“They were given these prison sentences because they refused to report news in favour of the military council,” the journalist said.