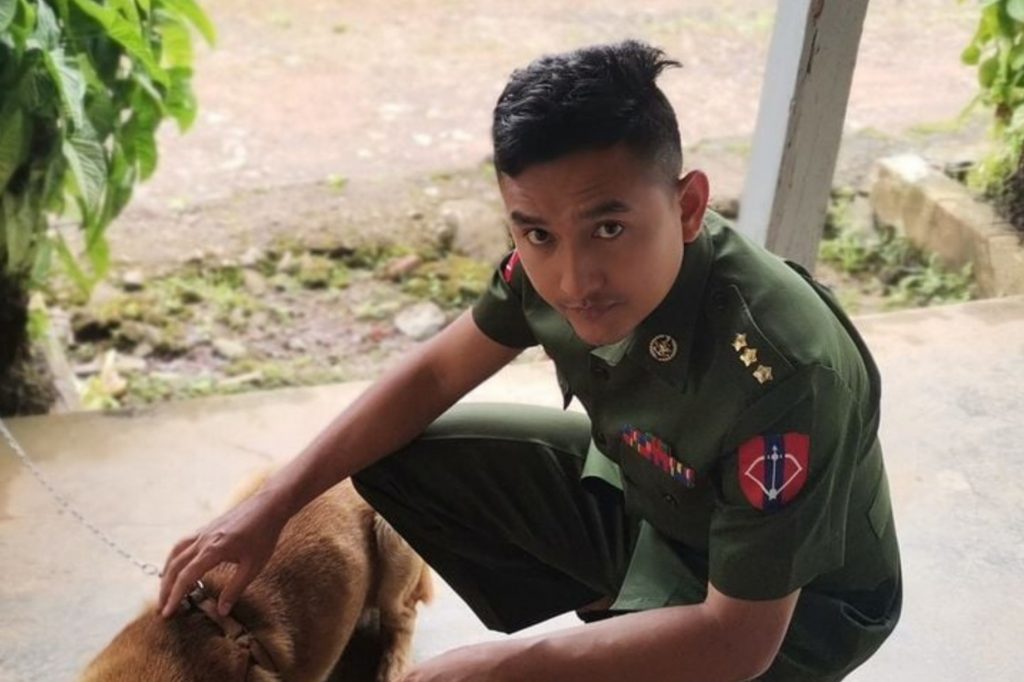 Hundreds of lieutenants and captains, and at least 10 majors, are known to have left the military since last year’s coup

An army captain who defected from the military late last year is now in a safe place with his family, according to a statement released by a Sagaing-based chapter of the Chinland Defence Force (CDF) on Monday.

Captain Kaung Thu Win surrendered to the CDF-KKG, which is active in Kalay Township, the Kabaw Valley and Gangaw Township, on December 23 because he “no longer wanted to serve” Myanmar’s military junta, the statement said.

The graduate of the elite Defence Services Academy was serving as an officer at a tactical base in Chin State’s Matupi Township and was also an intelligence officer and acting police chief in Sagaing Region’s Monywa Township, according to the CDF-KKG.

He and his family were transported to a safe area and he was paid a suitable amount of money for surrendering his weapons, the group’s statement added.

A spokesperson for the CDF who was contacted for comment said that nearly 100 junta personnel have defected to the group since it was formed in the wake of crackdowns on anti-coup protests early last year.

In late November, Pyi Thu Yin Khwin, or People’s Embrace, a group formed to encourage security personnel to join the Civil Disobedience Movement, reported that more than 8,000 soldiers and police officers had defected in the first 10 months after the February 1 military takeover.

“We have seen that so many people inside the army are starting to lose faith in the military council after their repeated political and diplomatic failures before the international community,” Captain Lin Htet Aung, a military defector and founding member of the group, said at the time.

At least 10 army majors and hundreds of lieutenants and captains were among the more than 2,000 military personnel who had surrendered to resistance forces, he added.

Meanwhile, resistance groups based in Chin and Kayah (Karenni) State have stepped up their efforts to attract more defectors by offering generous rewards to soldiers who surrender their weapons.

The junta, which has deemed all armed resistance groups to be “terrorist” organisations, rarely comments on the issue of defections from its ranks.