Military deploys helicopters in attack on village in Pale Township 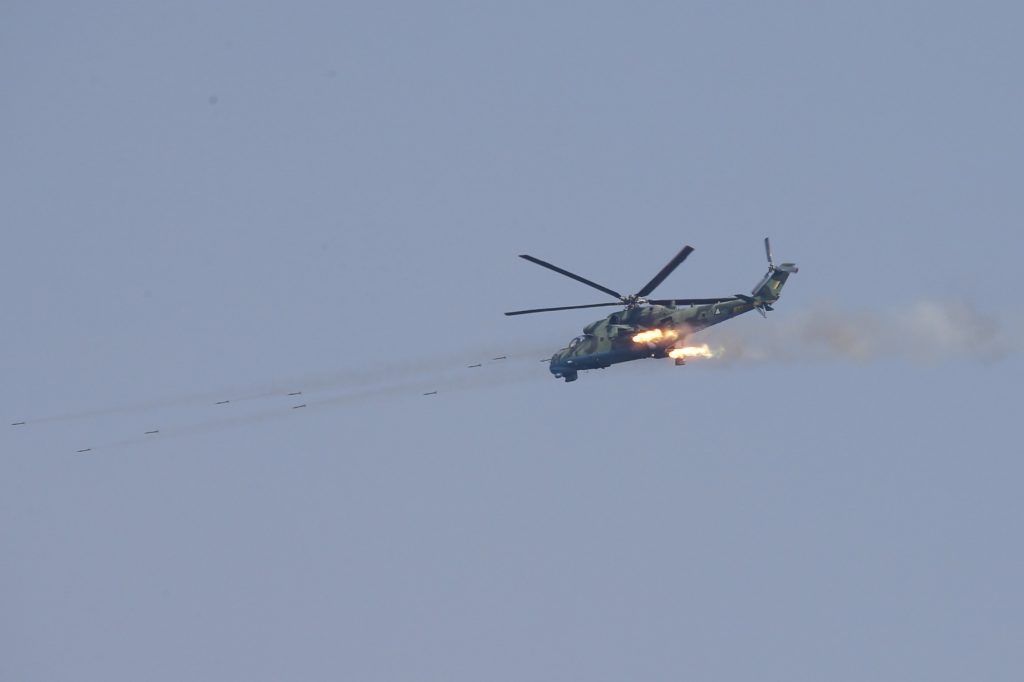 Three helicopters were used in a raid on Ohn Hnauk on Monday, according to resistance sources

A village in Sagaing Region’s Pale Township came under attack from three military helicopters on Monday, according to the leader of a resistance group operating in the area.

The attack on Ohn Hnauk, a village located about 12 miles west of the town of Pale, began at around 11am, Naga, the leader of the Pale People’s Defence Force (PDF), told Myanmar Now.

“They sent the helicopters there because they thought I was there. I haven’t received much information, but I heard some civilians were arrested,” he said, adding that there were also reports of injuries.

An officer of the Aung San Force, a Pale-based group affiliated with the Monywa PDF, said that two of the helicopters were used to transport troops, while shots were fired from the third.

“I heard some villagers were injured, but I don’t have any details yet,” he said.

He added that hundreds of troops were deployed in the raid on Ohn Hnauk, which is located on the border between Sagaing and Magway regions.

Both sources said that casualty and arrest lists are currently being compiled and will be shared when available.

The Pale PDF and the Aung San Force are self-organising resistance groups not under the direct command of the PDF formed by the shadow National Unity Government. Both groups rely on guerrilla tactics, including the use of handmade explosives, to carry out attacks on regime forces.

The success of these attacks has led to a massive push by the military to suppress these and many other similar groups that have emerged around the country since last year’s coup.

Helicopters and jet fighters have been widely deployed in these offensives, inflicting heavy civilian casualties and forcing thousands to flee their homes.

“The dictators are going to everything in their power to get control over the country. That is what we expected them to do. We will also have to fight those military dogs with every ounce of strength that we have,” said the Aung San Force officer.