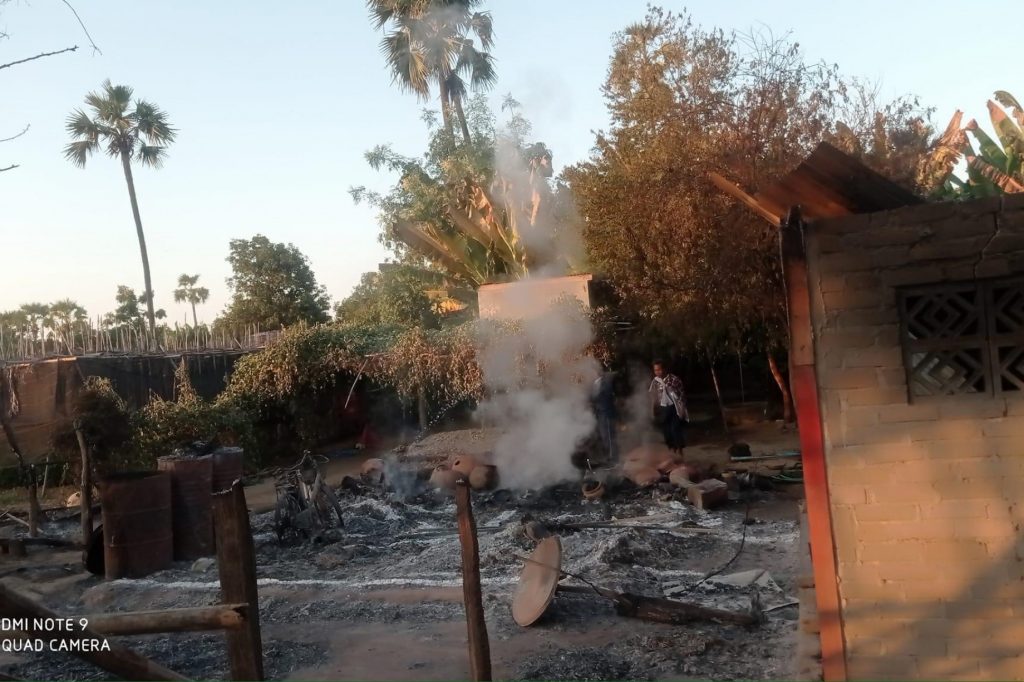 More than 7,000 people have fled their homes in Sagaing Region’s Yinmabin and Salingyi townships since Saturday in fear of attacks from junta soldiers, a local relief group has told Myanmar Now.

Residents of about 10 villages along the road connecting the regional capital Monywa to Pathein in southern Myanmar are now sheltering in schools and monasteries in other villages or in surrounding forests, said a member of the Pyithu Hma Pyithu group.

The presence of soldiers in the area, as well as recent clashes with resistance fighters in nearby Pale township, led villagers to fear further attacks over the weekend and flee their homes.

“Around five houses were torched, the roofs of some houses were destroyed during the shelling,” the villager said. “The houses on the side of the road had their furniture stolen as well. They lost so much valuable furniture and appliances including televisions, refrigerators and rice cookers.”

There were no casualties as the village had been abandoned the day before, he said.

Pyithu Hma Pyithu, or From the People to the People, has sent food supplies to the displaced villagers.

Several Kyay Sar Kya locals said that on Monday morning they saw three helicopters above the area where they were sheltering and the aircraft hovered around for several hours.