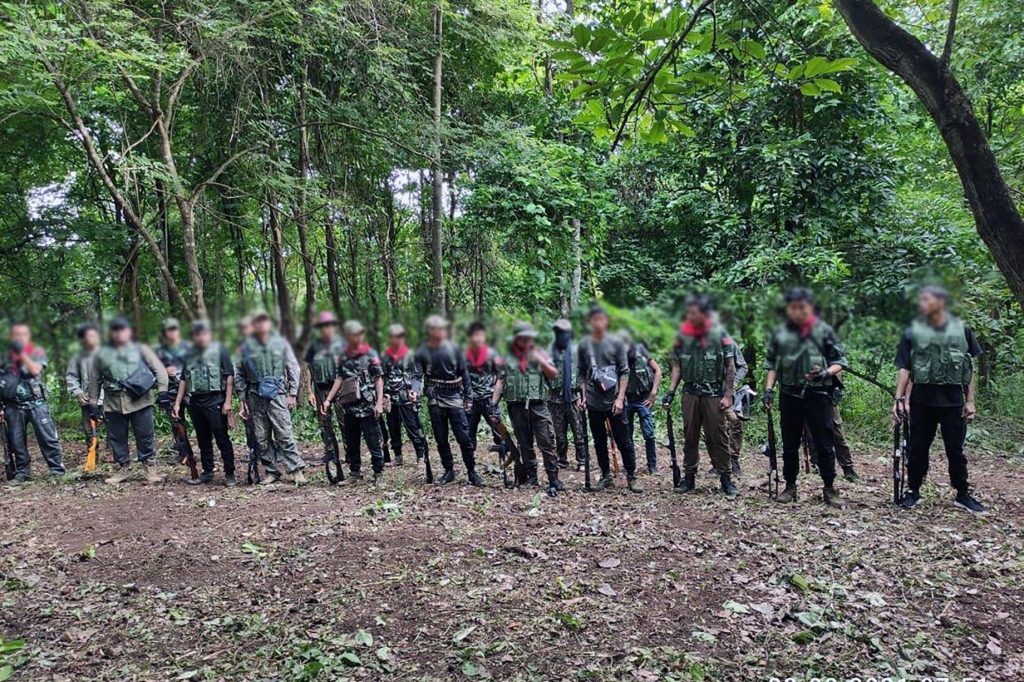 Resistance forces attacked a prison labour camp near Myanmar’s border with India this week, killing an estimated 11 people in a shootout with guards and losing two of their own fighters.

The Tamu People’s Defence Force (PDF) said it launched a 5:30am raid against the Oak Pho Kanbaung facility in Sagaing’s Kabaw valley on Monday and ordered the guards there surrender.

But the guards refused, said Ba Marn, an officer from the Tamu PDF’s Battalion 1. “The prison officer started shouting orders while we had them surrounded and chaos ensued. People died on both sides,” he said.

The camp sits about 10 miles north of the town of Tamu near the village of Watshu. It is one of several slave labour facilities across Myanmar that are notorious for torturous conditions.

Thousands are believed to have died of starvation, beatings and disease at the camps in recent decades. Conditions improved amid the political reforms that started in 2011, but since last year’s military coup little information has emerged about the camps.

The PDF and the prison guards exchanged fire for several minutes during Monday’s clash, with the guards using machine guns. Those killed included a prison officer and his wife, Ba Marn said.

Two 20-year-old members of the PDF were killed while four others were injured. The PDF fighters left behind the dead body of one of their comrades when they retreated.

Ba Marn believes the prison guards paid a far heavier toll than the PDF during the clash. “I think many of them were injured… I think there were a lot of casualties on their side,” he said.

In the afternoon following the clash, soldiers raided Watshu village and interrogated residents at the local football field, the PDF said.

Tamu Township is a stronghold of pro-junta forces, and unlike much of the rest of the country, very few staff members from government departments there are taking part in the Civil Disobedience Movement against the coup regime.

The PDF said it launched Monday’s attack as a warning to military informants and members of the military-backed Pyu Saw Htee group, whose numbers have increased in the township.

The resistance fighters say they have had few opportunities to launch ambushes in the township recently because junta soldiers have remained inside schools and monasteries where they are stationed without going on patrol.

In August the Tamu PDF said it killed 26 police and soldiers in three separate attacks.