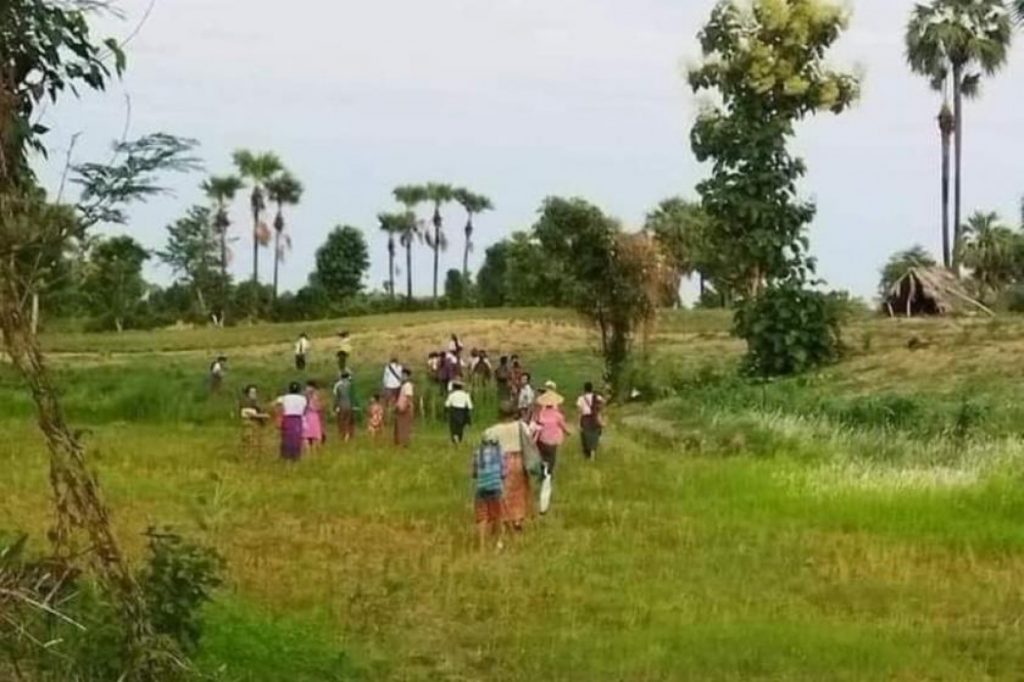 The victim was killed on his 10th birthday, according to his aunt

Regime forces shot and killed a 10-year-old boy during a raid on a village in Sagaing Region’s Mingin Township on Wednesday, according to a relative of the victim.

The incident occurred after roughly 30 junta troops entered the village of Za Na Hpyin at around 5:30am and ordered residents of the boy’s home to come out, his aunt told Myanmar Now.

“He had just opened the door and stepped out of the house when they shot him in the neck. He died on the spot,” she said, speaking on condition of anonymity.

“It was his 10th birthday. His mother has been crying so much, it’s like she’s gone mad,” she added.

Bala, the boy who was shot, was the second son of Za Na Hpyin residents Kyaw Swe and Cho Pyone. After the shooting, the parents, along with a seven-year-old girl, were moved with the rest of the village’s inhabitants to a holding area, according to the aunt.

“They had to leave the body behind when they were taken to the football field with everyone else. All they could do was cry,” she said, adding that the entire village was forced to remain in the field until the troops left the next day.

According to the aunt, no photos were taken because every phone in the village was confiscated during the raid.

“There were no phones left in the village, so we couldn’t take any photos of the boy,” she said.

Myanmar Now was unable to reach the parents of the victim or other witnesses to the shooting, some of whom have since fled the village. Officers at Mingin’s central police station refused to comment when contacted.

Other residents said the group that raided the village on Wednesday included members of the military-backed Pyu Saw Htee militia.

Za Na Hpyin, a village of around 140 households, was previously targeted by junta forces and the Pyu Saw Htee in October, according to residents. Several motorcycles and other property were destroyed during that raid, they said.

Troops stationed in Mingin Township have been accused of multiple attacks on local residents.

In August, drunken soldiers shot and killed a man at a Chindwin River ferry port in Mingin after taunting him for not wearing a mask, according to witnesses.

The Pyu Saw Htee, which has a strong presence in the area, has also been involved in a number of other incidents, including one in July that resulted in the arrest of more than 50 members of a local People’s Defence Force (PDF) group.

PDF members say the Pyu Saw Htee used children as part of a ruse to capture the anti-regime fighters, four of whom were reportedly shot after falling into the trap.

According to residents, the Pyu Saw Htee is especially strong in two villages in the area, Panset and Taung Phyu.