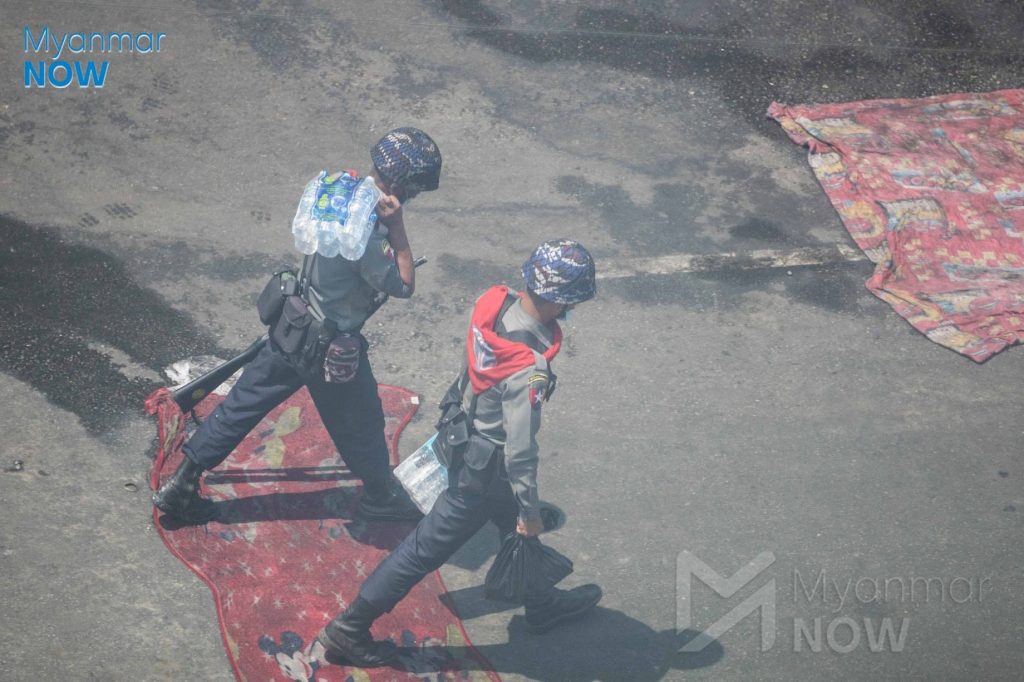 A two-day attack by local defence forces on the Yinmabin township and district police stations in Sagaing Region forced junta troops to release five prisoners on Wednesday, according to the resistance groups involved.

Members of the Alliance Force of Chindwin Yoma, Hero Tiger Force, and a guerrilla force based in Kani Township claimed responsibility for carrying out the attack.

According to guerrilla fighter Thurein, four of the freed prisoners were from Yinmabin and had been arrested by junta forces while returning from neighbouring Kachin State under suspicion of belonging to the resistance movement. The remaining prisoner was from the village of Lel Ngauk.

The police stations were short-staffed at the time of the ambush because many of the troops who would have normally been there had been sent as reinforcements to ongoing battles in Sagaing’s Pale Township, Thurein explained.

“They were pretty weak for a district police station. They decided to release the captured civilians because they couldn’t take our attacks anymore,” he added. “We didn’t exactly plan to rescue the civilians but it was a lucky surprise.”

The defence forces retreated after using 60mm RPGs in their assault on the police stations on Monday and Tuesday nights, while the soldiers fired back with both heavy and light weaponry.

Kyar Gyi, a member of the Hero Tiger Force, described the prisoners’ release as “a consolation prize.”

He added that the resistance groups’ ambush of the police stations was done in retaliation for the military’s ongoing assault on neighbouring townships, including Pale, as well as Myaing in Magway Region.

“They’re focusing on Myaing and Pale and are using the air force so we can’t go help [the local defence forces]. That’s why we decided to attack their police stations in our township—it was done in protest against their actions in Myaing and Pale,” he explained.

“We are challenging the military with this attack. It’s also a wake-up call for other resistance groups.”

The total number of casualties in the shootouts at the police stations was not known at the time of reporting.

The military council has not released a statement on the incident.

According to the information gathered by the Assistance Association for Political Prisoners (AAPP), more than 8,500 people were being held in junta detention centres at the time of reporting. More than 10,000 have been arrested in total since the February 1 coup, and, as of Friday, 1,469 killed by the junta’s forces, AAPP reported.