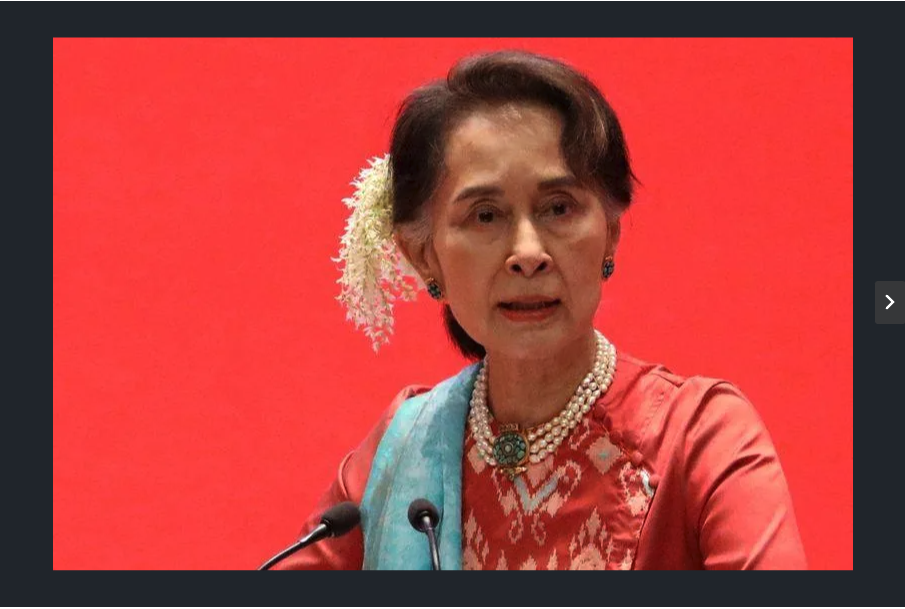 MANILA (Reuters) – Deposed Myanmar leader Aung San Suu Kyi is “indispensable” in restoring democracy to the military-ruled country and must be included in any peace talks, regardless of her conviction, the Philippines’ foreign minister said on Sunday.

In a strong rebuke of the Myanmar junta that overthrew Suu Kyi’s elected government last year, Teodoro Locsin condemned last week’s sentencing of the Nobel laureate and accused the military of using the judicial system to crush its opponents.

“I am deeply concerned about the suffering of the civilian population,” Locsin said in a statement. “We also call on the military leadership to participate in an inclusive dialogue and resume the democratic transition process.”

His statement comes as Association of Southeast Asian Nations (ASEAN) members turn up the heat on the Myanmar military after a turbulent end to 2021, during which junta boss Min Aung Hlaing was excluded from a leaders’ summit for failure to honour commitments to an ASEAN-led peace plan.

Myanmar says its efforts are being derailed by “terrorists” seeking to destroy the country.

Locsin said dialogue would be meaningless without Suu Kyi. She has been sentenced to six years so far in an ongoing trial featuring more than a dozen cases, from corruption to official secrets violations, which she denies.

“Aung San Suu Kyi must be there, despite her conviction. The armed forces of Myanmar have nothing to fear, and much to gain, from the democracy it introduced to Myanmar,” he said.

“Suu Kyi is indispensable in a democratic restoration that will pose no threat of anarchy, dissolution and civil conflict.”

Locsin also pledged “wholehearted support” for Cambodian Prime Minister Hun Sen, the new ASEAN chair, for visiting Min Aung Hlaing in Myanmar earlier this month, a controversial trip that some members were concerned could indicate ASEAN recognition of the junta, according to Malaysia’s top diplomat.

Locsin said the Philippines will push for progress in ASEAN’s five-point consensus on the crisis in Myanmar, an agreement that includes peace talks, ceasing hostilities, and allowing humanitarian aid.

He stressed that accord be the only plan, and not be tied to any roadmap, referring to the five-stage process to restore democracy that the junta announced when it seized power.