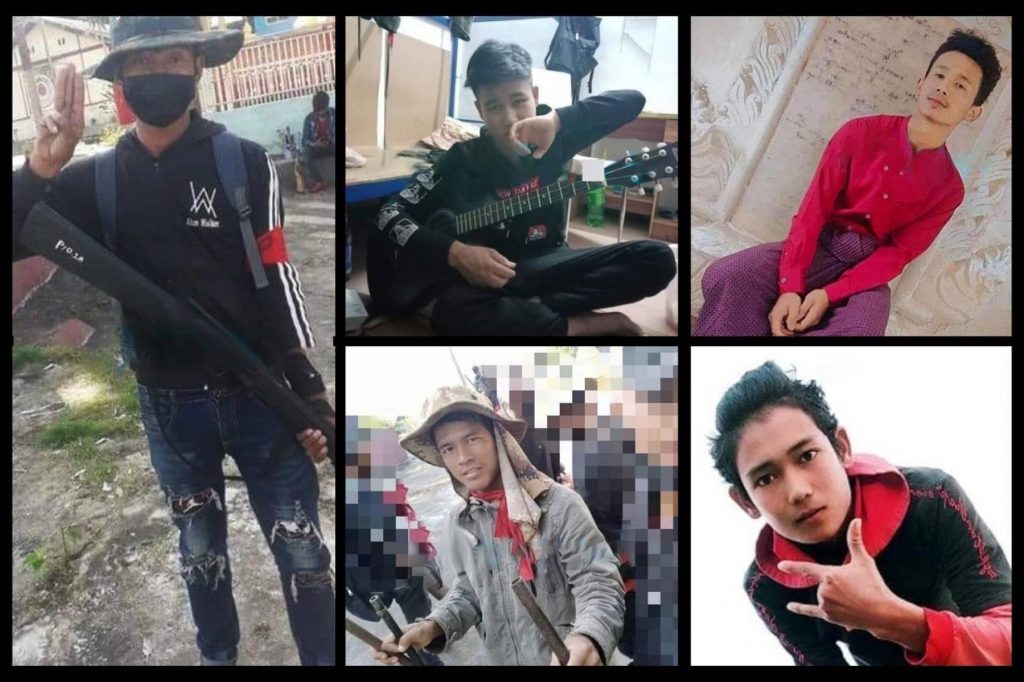 The men, aged 18 to 32, were taken and used as human shields for the Myanmar army before they were killed

The bodies of five members of a local People’s Defence Force (PDF) were found on Sunday after being forcibly taken by the military during a land and air attack on Sagaing Region’s Htigyaing Township three days earlier.

On January 13, the Myanmar army had ambushed a PDF base near Marathein village, some five miles southwest of Htigyaing town, killing one member of the resistance force and taking five others hostage, according to the Htigyaing PDF spokesperson.

“One was killed and five others were taken to be used as human shields until they were ultimately killed. They were found buried. We only managed to exhume their bodies the other day,” the spokesperson told Myanmar Now on Tuesday.

He identified the victims as Aung Aung Oo, 18; Shine Htet Aung and Sai Htet Myat, both 22; and Naing Hnaung Htet and Sai Aung, both 32.

They were buried in separate graves near Kyun Pin Tharyar village, also near Marathein. Some of the deceased PDF members had knife wounds to their bodies, and others had bullet wounds.

The body of Toe Wai, an 18-year-old PDF member killed in the initial battle, was also found on the same day.